Shirley Robertson this month sits down for a two part podcast chat with the most successful Olympic sailor of all time - Britain's Sir Ben Ainslie.

Listen to the podcast (in two parts) via the podcast page of Shirley’s own website, at www.shirleyrobertson.com/podcast or via most popular podcast outlets, including iTunes, Spotify, Google Podcast and aCast.

Throughout five Olympic campaigns, Ainslie won four gold medals and one silver in an Olympic sailing career that reached a peak in front of thousands of home fans and a television audience of millions at the London 2012 Games. Standing atop the podium at the sailing venue in Weymouth, Ainslie accepted a fourth gold medal to draw the line under an Olympic career that had started as a nineteen year old in the 1996 Games in Atlanta, USA. Throughout his early appearances on the world stage, Ainslie often found himself locked in battle with Brazilian sailing maestro Robert Scheidt, and as he recounts those early tussles to his then Team GB team mate Robertson, Ainslie's recall and attention to detail is impressive. One false move, one sloppy tack, and against Scheidt, Olympic success could vanish. In 1996 he fell foul of the wily Brazilian, and had to settle for silver, but four years later, as the gold medal went down to the final race again, a determined and steadfast Ainslie sailed circles around his great adversary, in a display of control and aggression that split the sporting world.

"If you can sail, and get into someone and it's within the rules, and that's not an easy thing to do, that's the game, in my view. And there was quite a lot of controversy about it at the time....from Roger Bannister, he's a hero in England obviously, the first guy to break the four minute mile...and I could understand (the criticism) but it's interesting how the sport's developed, that now we have the medal race, that's trying to actually instigate the battle between the medallists, so I think maybe it was a little bit ahead of it's time." 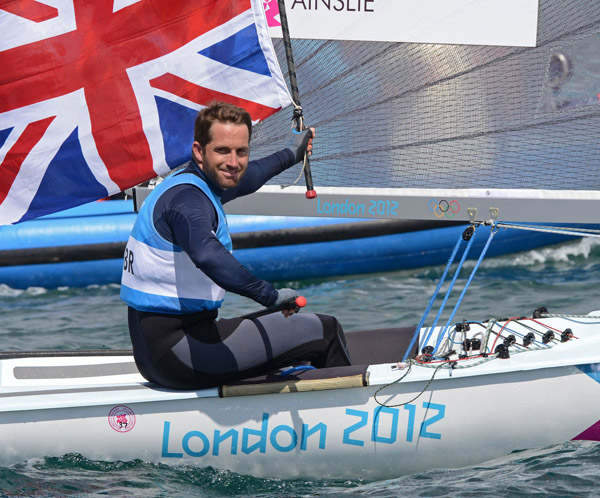 Ainslie and Robertson spent three Olympic Games as team mates, twice claiming gold at the same Games, in Sydney and Athens. Their collective recall is therefore insightful, as in part one of the podcast they unpick Ainslie's Olympic career, discuss the amusing results of the sometimes unwelcome spotlight success can bring, before reminiscing on Ainslie's final Olympic triumph at London 2012...:

"You can't really beat that can you, a home Games and being able to get a fourth gold medal in front of a home crowd, it was an incredibly special moment.

"I've always liked that element of being up against it, the tougher the challenge, the more exciting it is. It's a bit of a strange approach, you really shouldn't be looking to make life hard for yourself, but there have certainly been a few occasions where I've managed to do that, and then had that challenge and taken it on and found that rewarding in some kind of perverse way."

Throughout Part 2 of the podcast, Ainslie and Robertson then discuss the sailor's passion for the America's Cup, and how his early experiences in the Cup world did not go as he had hoped they would. As his experience in the Cup arena grew, his exploits elsewhere in sailing soon put him on the most wanted list, and after the highs of London 2012, Ainslie joined Oracle Team USA, then watched from the sidelines as the team lost race after race to a seemingly unbeatable Emirates Team New Zealand....: 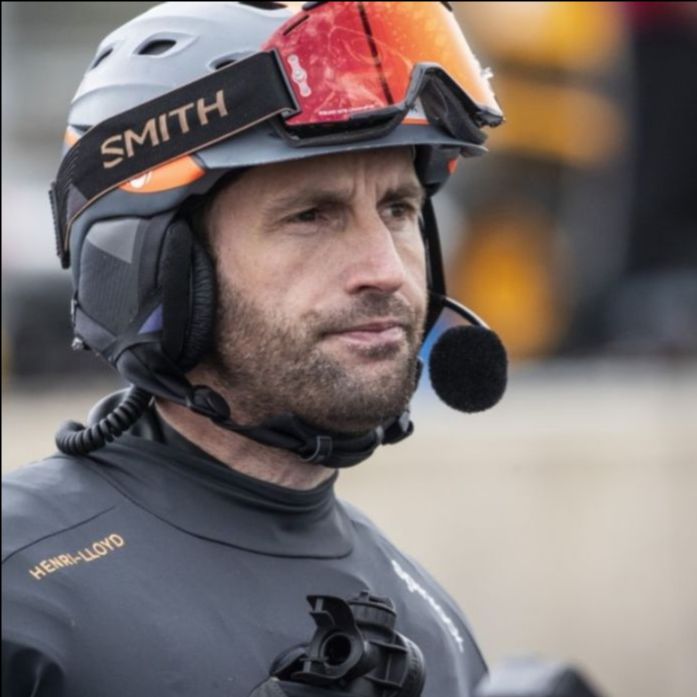 "I was in the (chase) boat with Russell (Coutts) and Grant (Simmer) and I remember Russell's phone going off, and it was a bit, you know, slightly held off his ear, and it was pretty obvious it was Larry (Ellison) and he wasn't too happy about what he was seeing, you know. And then he just turned round to me and he said 'You, you'd better get your wet suit on."

Ainslie then goes on to share his version of how the team turned a massive deficit into a famous America's Cup victory, and how lifting the oldest trophy in world sport for an American team, solidified his resolve and convinced him that his future in the sport lay in creating a British team, with a long term goal and vision. His honest and insightful account of the 2013 Cup gives another angle on how this remarkable defence of the Cup unfolded.

The final points of discussion in the podcast relate to Ainslie's current position, leading the British outfit, INEOS Team UK, into the next iteration of the America's Cup. The pair discuss how the initial Team came about, the rigours of raising money for such a financially dependent endeavour, and how lessons learned in the last Cup in Bermuda are helping the effort as the Team prepare for the 36th America's Cup in New Zealand in 2021.

This edition of the podcast is in two parts and is available to listen to via the podcast page of Shirley’s own website, at www.shirleyrobertson.com/podcast or via most popular podcast outlets, including iTunes, Spotify, Google Podcast and aCast. The podcast is produced and written by Tim Butt - for further enquires, please contact This email address is being protected from spambots. You need JavaScript enabled to view it.

The Olympic London 2012 photo is used courtesy of Rick Tomlinson.