After the close of the first stage for the Finn fleet at the 48th Trofeo Princesa Sofia IBEROSTAR in Palma, the first finalists are known and the rest of the sailors now know what they need to do to make the finals. Alican Kaynar, from Turkey and Deniss Karpak, from Estonia, go right through to the Final on Saturday and can benefit from a day off on Friday. Karpak says he is going training while Kaynar says he will rest. 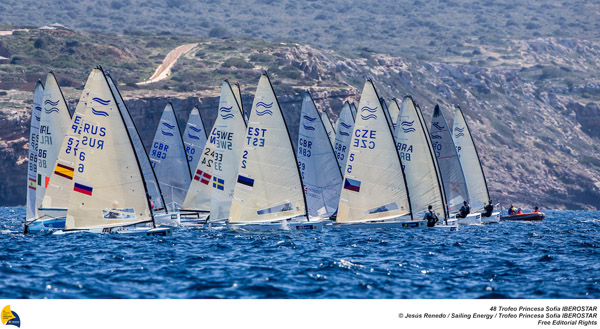 The second half of the opening series initially left Nicholas Heiner from the Netherlands on top of the fleet, after scoring the lowest points total on Wednesday – two fourth places. But that all changed on Thursday with Swede Max Salminen winning both races and Heiner adding a second high score to drop to fifth overall, just inside the Semi-Final qualifier zone. Kaynar and Karpak had consistent days each to return to the top and claim the two Final places. 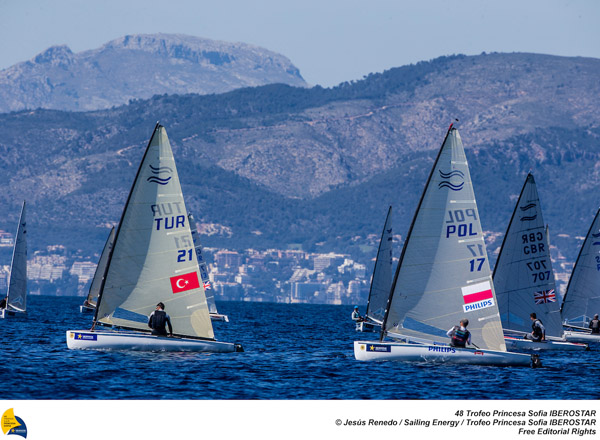 So the results after the first stage of eight races look this this:

They will be joined by the top five sailors in the continuation of the opening series - the Semi-Final Qualifier, of which the top 10 are shown below. Three sailors – Olezza, Kula and Zarif – are effectively qualified for the Semi-Final as long as they don’t get a DNE (of which the best way to do that is not to sail the race) while Zsombor Berecz just needs a top 40 place to qualify for the Semi-Final, and Tapio Nirkko just needs a top 26 place to qualify. There is quite a points gap to the rest.

Perhaps what is interesting is that seven out of the ten were Rio Olympians, including the top two qualified for the Final.

It's interesting that three boats made it to the Semi-Final without having to sail the Semi-Final Qualifier. It is of course mathematically possible that all Finalists and Semi-Finalists can qualify before the final race of Round 1, thus making the Semi-Final-Qualifier redundant apart from sorting the overall placing outside the top 10. Still following?

As part of the analysis of these formats there should perhaps also be an analysis of the strengths and weaknesses of each system in producing a format that creates a narrative that the media can easily follow and describe. Opinions on this format vary widely. 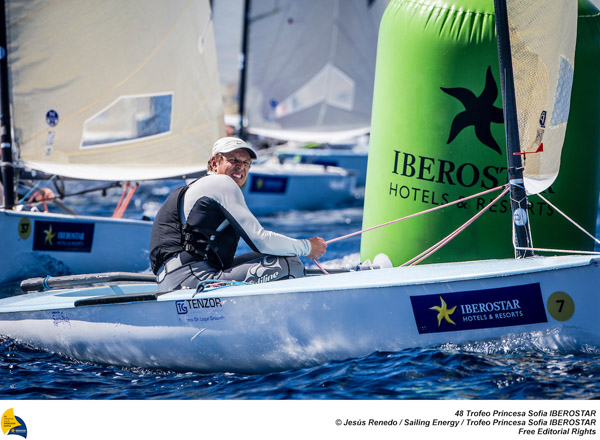 After leading the first two days, Karpak recovered after dropping down on Wednesday to automatically qualify for the Finals.

He says he likes the new format, with a few modifications. “We should make an opening series shorter (3 days, 5-6 races) and the rest is fine. As in any other sport - who crosses the line first, wins. That's a big achievement I think, and I like it.”

But he doesn’t think luck will play a role. “When there are five boats in the race, speed and tactics are important...luck does not have enough time to make changes.

“I will sail tomorrow, to be in the shape and on the edge.” 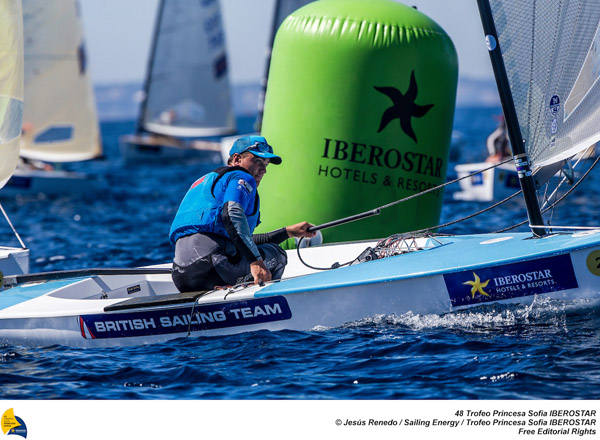 Ben Cornish, from Great Britain, is one of those on the cusp of the Semi-Final, but needs everything to line up first.

“There's a very fine route for me into the top 10 tomorrow but the stars will need to align. I'll be looking to round my week off on a high.”

He said he had, “A fairly average day, [on Thursday] topped off with a second yellow flag in the second race of the day. The week in general has been tricky. It's been key to get out of the line every day and I've not quite been sharp enough.”

“It's also been a reasonably light week which we haven't spent heaps of time in over the winter.”

He is quite outspoken on the format test.

“With the format I am glad we are testing this here as I hope it means we will be back doing normal format at our majors this year. I really disagree that a week of racing is decided in one race. Sure it gives some ‘excitement’ to the small audience who follow sailing but I fear we are taking away the key elements of our sport. We will see what the sailors feel after Palma and see how it plays out going forward.”

Kaynar said, “I am happy with my performance in this week. Also it is nice to go to final direct so tomorrow I have the chance to rest. It's been a long and hard week with lot of hiking and free pumping so I believe I have an advantage with the spare day.”

“Of course the format is still being tested so we will have a better opinion when everything is finished.”

Salminen commented, “It is a quite typical Palma week, light seabreeze for most of it. I have done good and bad things. Sure I feel that I have been out of the boat for a long time. Some of the boat handling is a bit rusty. But three bullets shows that I have managed to click back on some areas. It feels good to be on for next round, and I know exactly where I threw away the top-two-final-ticket.” 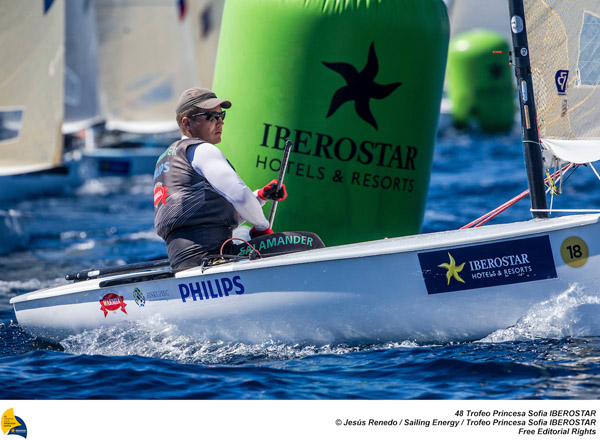 Another returning sailor performing well is Piotr Kula, from Poland.

“I haven't been racing for ten months in a big fleet and I changed my boat to a Fantastica, which is a bit different, so honestly I didn't expect I could finish this regatta in top 10. Now I can't drop lower, so it's been a great regatta already. Making the Semi-Final without stress tomorrow is also a nice thing."

He said he will race the Semi-Final Qualifier even though he doesn't need to. "It’s just too nice here in Mallorca to miss it.”

“The first day didn't look promising, but I recovered quite nicely. I think the key thing is I'm trying is to enjoy sailing to the maximum. My attitude compared to previous years has changed a lot. Ofcourse I stay focused and do my job, but I also have a lot of fun doing this.”

On the format, “I like this format. It may be seen as a bit controversial, but it's good to try it. When will we have a better moment than the post-Olympic year? We got to try new things. Sailing is based on tradition, but we need to adjust ourselves to times we live in. If the audience wants a clear show: winner of last race takes all, like in track and field, why not at least trying it? So I like it that we do try. Maybe we will all like it.”

Friday’s racing will start with the Semi-Final Qualifier and then, later in the day, the Semi Final will be held. Just five boats will compete in Saturday's Final in a 'first across the line is the winner' format.