Horse riding, archery, spear throwing, falconry and some dubious racing tactics were the key points of a spectacular opening ceremony at the 2017 Opel Finn Gold Cup at Balatonföldvár.

The light rain did nothing to dampen the enthusiasm of the 124 sailors taking part in the championship with a huge crowd gathered about the renovated clubhouse of Spartacus Sailing Club, by Lake Balaton. After a series of speeches from Mr Mátyás Gereben, from the Organising Authority, Dr István Horváth, the President of the Spartacus Sailing Club, Dr Balazs Hajdu, President of the International Finn Association, and Mrs Tunde Szabo, the Secretary of State for Sport, there was a presentation of a signet ring to former Finn sailor, Nandor Fa, on his achievements in offshore racing. 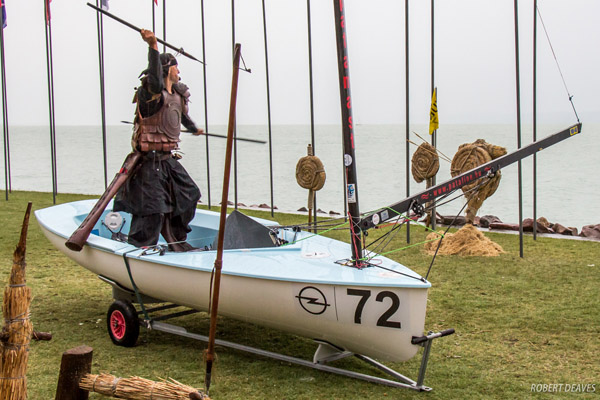 The formalities were followed by a display by two Hun horsemen in front of the clubhouse accompanied by some high voltage rock’n’roll. Traditional killing and hunting skills were displayed using a variety of barbaric weapons before one of the horsemen dismounted and rolled out a Finn in front of the crowd.

The horseman was none other than Botond Berecz, brother of Zsombor Berecz, who are both sailing in the championship. Running through various common race situations he demonstrated the Hun reaction to start line congestion with a two edged sword, port-starboard infringements and gaining mark room with spears, and finally, to the delight of the assembled sailors, swiftly dealing with Jury hostility with his bow and arrow. Five arrows, just to drive the point home. 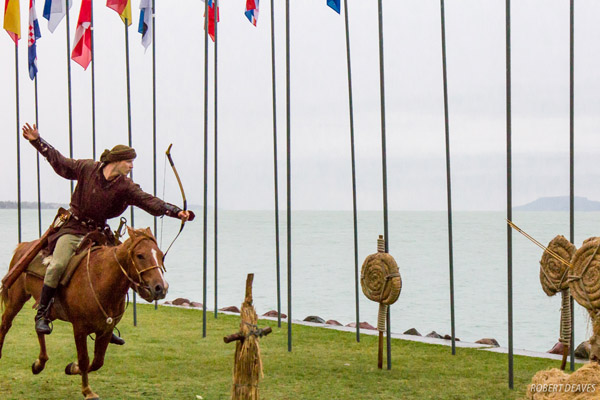 The Jury took good note of Bow No 72, and made a statement that, on careful consideration, Botond Berecz would be exempt from any Rule 42 infringements this coming week.

Refreshments and a buffet were then served in the clubhouse. 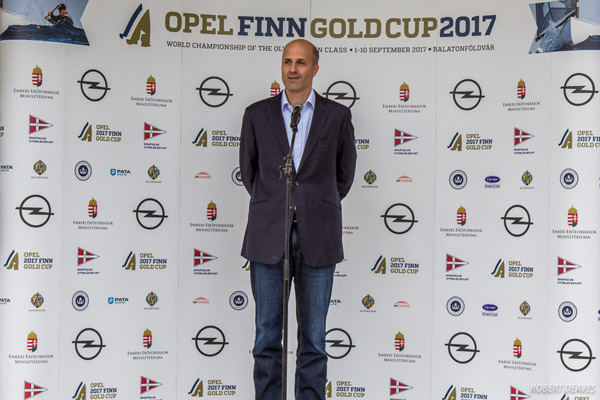 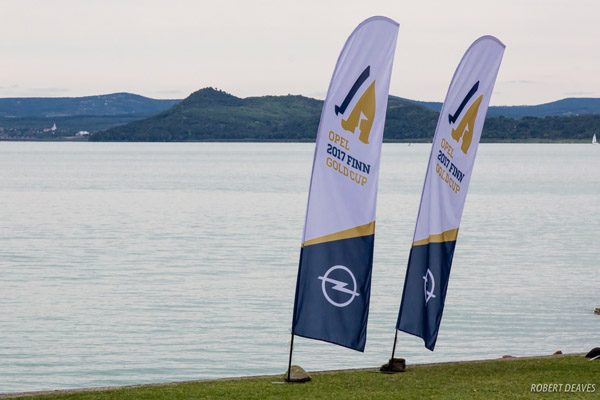