Max Salminen, from Sweden, extended his lead at the Opel Finn Gold Cup to seven points after placing fifth in the only race possible on Day 4. Ed Wright, from Britain, remains in second, while Jonathan Lobert, from France moves up one place to third, on equal points with Wright. The race was won by the 2013 World Champion, Jorge Zarif, from Brazil.

Salminen is the only sailor so far to retain his overnight lead, while most of the top ten remain the same, apart from Anders Pedersen, from Norway, who placed ninth today. 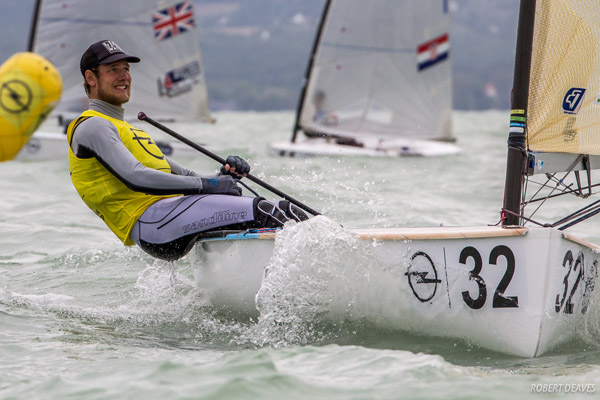 Credit also to Gerardo Seeliger, who celebrated his 70th birthday today with his best result of the series so far, finishing 86th and beating several sailors less than half his age.

After six hours waiting for a stable wind, which shifted through almost 180 degrees during the morning and early afternoon, one late race was sailed in a slowly building breeze, topping out at 13-16 knots. Lobert made the best of the wet upwind as the wind increased past 10 knots and Oscar was raised at the top mark. He was followed round by Zarif and Nenad Bugarin, from Croatia.

Bugarin has sailed an excellent series and would be a title contender but for two letter scores that have left him carrying 114 points, a very high price in a fleet of this size and quality.

Zarif took the lead on the downwind and never really looked threatened for the remainder of the race. Lobert then came under pressure from Zsombor Berecz, from Hungary, on the second upwind, but just managed to stay in front. However Berecz went wider on the downwind and came into the final mark just ahead to finish second ahead of Lobert. 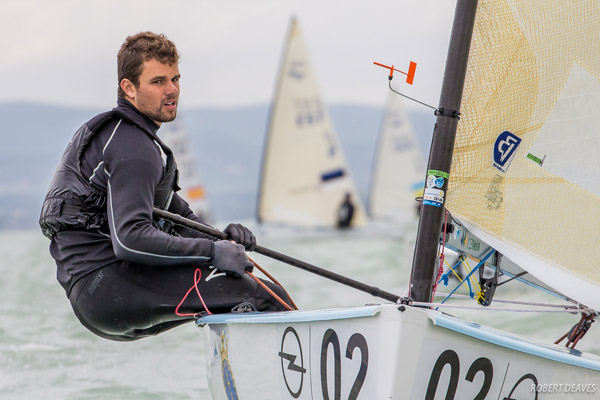 Pedersen moves into the top 10 for the first time after a shaky start to the week.

“The favoured side changes a lot so it’s hard to keep up on the good side. I had a bit of an unfortunate disqualification in the first race but I have kept my score pretty low since then and have had a pretty good week. So I am happy with my sailing this week, though it could have been a bit better.”

A second place moves Berecz up one place to fifth overall.

He explained his day, “In the afternoon we had a beautiful breeze coming from the south-west. Finally it went good for me and I decided to stop these mid-line starts and I went a bit closer to the pin and finally it paid off and I rounded about seventh at the top. I had the best speed downwind and I found myself in third place, which I kept on the second upwind, and then on the last downwind I passed Lobert to finish second. So I am really happy how the day went for me.” 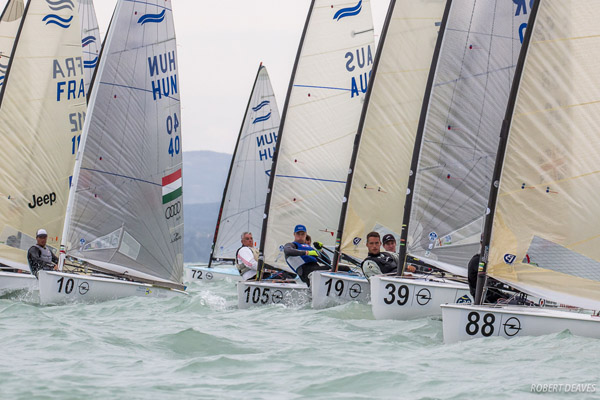 Race winner Zarif says this week has been the worst regatta for him in several years, but he remains hopeful.

“I tried to start close to the pin, play a little bit more on the left and tried get the shifts, and I think it was a good race. It’s good to win a Gold Cup race after a very bad week so far for me, but to win a race is always very nice at the Gold Cup. I will try my best over the last three races and try to win a space in the medal race.”

The points gap between the top eight is still pretty close, but in a fleet of 113 boats, a lot can happen very quickly, as many good sailors are finding out. The forecasts for Friday are again inconsistent, but some say there will be another slow start. 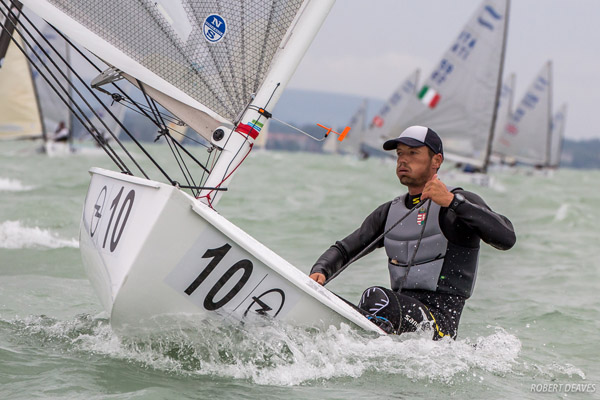