Epic 30 knot Finn footage from Cádiz may break the internet, but not the sailors

In the tradition of strong wind Finn racing that transcends and inspires generation after generation of young sailors, the on-board videos that have been published over the past few days of the medal race at the 2018 Finn European Championships in Cádiz have held viewers mesmerised and awestruck.

The medal race line up was impressive by any standards. Among the sailors were four world champions, three European champions, two Olympic medallists and an America’s Cup winner. It was exalted company to be in and the conditions provided a supreme test of supreme sailors and athletes.

It was a not only a spectacular show, but a spectacular race with the gold medal changing hands, close boat on boat racing, impressive boat handling skills, and the emotion of defeat and victory.

The wind speed that day was averaging 24 knots with gusts to 31 knots. Combined with huge 3-4 metre waves, there was no escape. You got it right or you got it wrong. The videos show this inescapably.

The Finn class fitted a stern rack with a GoPro action camera on each of the ten boats and the results are about as spectacular as any dinghy footage you have ever seen with a social media global reach passing quarter of a million. 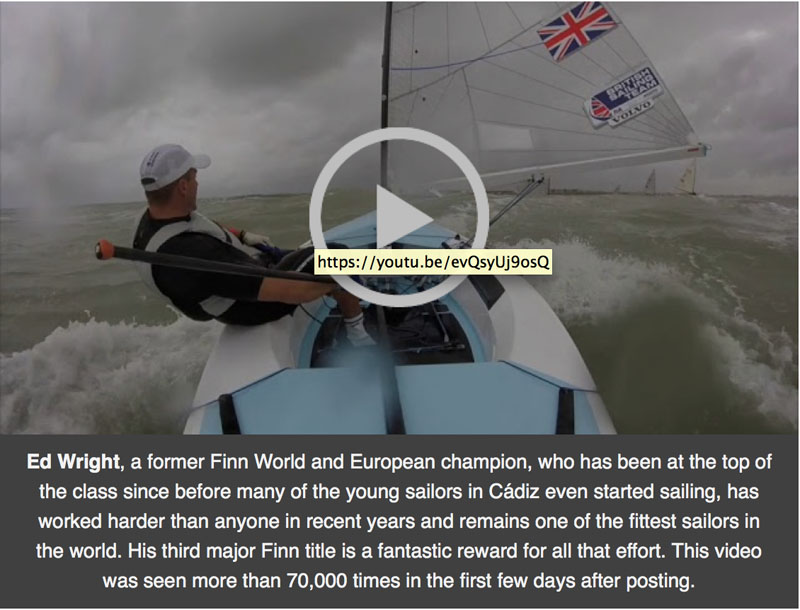 It was sailing at its rawest – tough, exciting, thrilling and challenging – in the best traditions of Elvstrøm, Kuhweide, Mankin, Bertrand, Coutts, Percy and Ainslie. It was everything that young sailors aspire to, and most of all it represents an achievable and relevant goal.

The Finn is a breeding ground for heroes and legends. 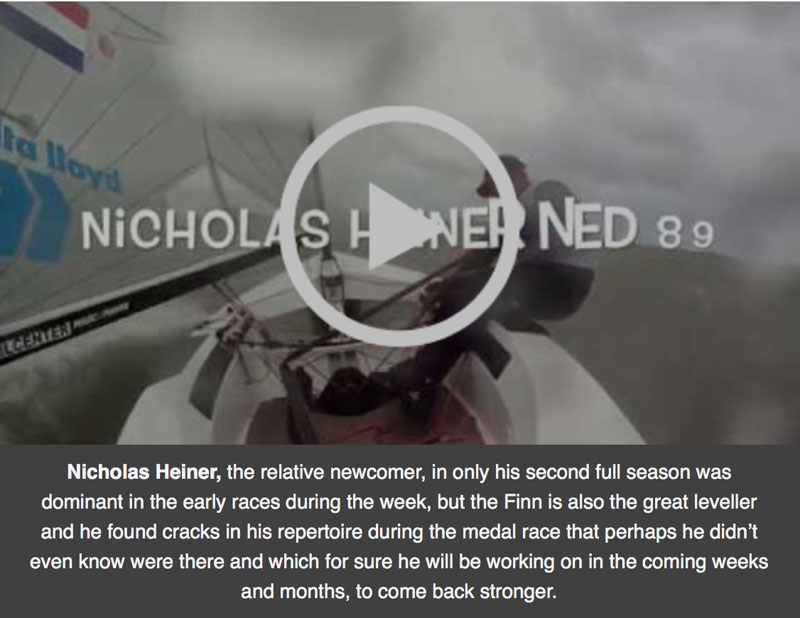 Of the 90+ sailors at the championship, over one third were under 23 years old. The young sailors of today clearly find the Finn still relevant and attractive. And they are getting better and better and will be the heroes and legends of the future. The Finn educates and matures a sailor’s skills in many ways, and that is why so many top sailors across the world’s major sailing events such as the America’s Cup and Volvo Ocean Race did their time in the Finn. 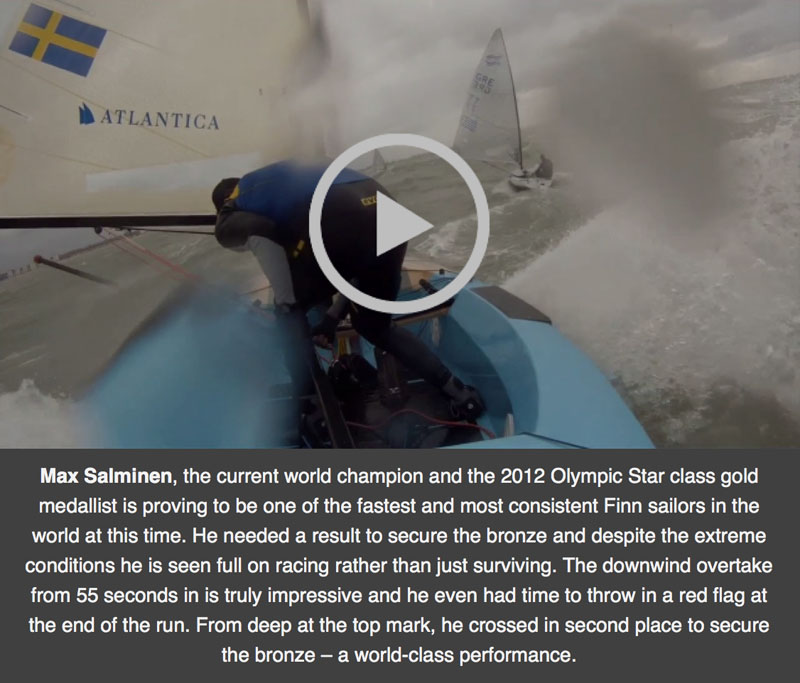 There is something completely captivating about watching an elite sailor at the top of their game, fighting against the worst the elements can throw at them. These ten Finn sailors are some of the very best sailors in the world, across any class and any genre. They are big, strong and super-fit and undeniably relished the opportunity to challenge themselves and their equipment in such conditions. In doing so they have attracted the respect and admiration of much of the sailing world. 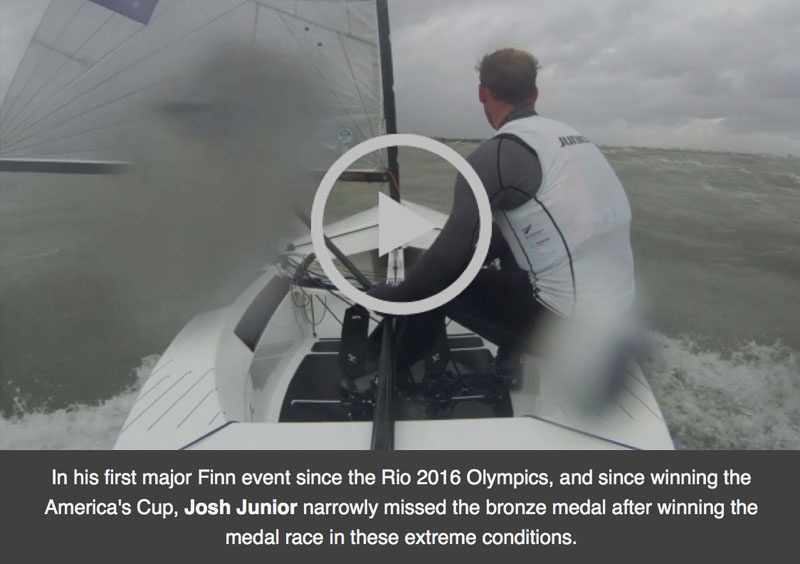 If you have not seen the videos yet, then please watch them. They are impressive and extraordinary. Held in what for many would be survival conditions, most of these athletes were still racing full on, looking for any advantage they could. It was no time to be shy and hold back. The only way to dominate the conditions was to dominate the boat. 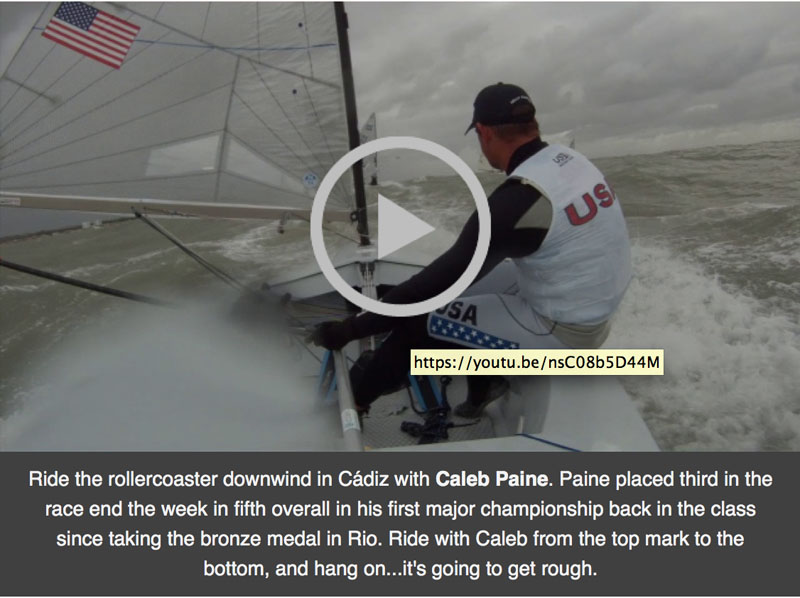 Video highlights have produced for all 10 Finn heroes in the medal race and they can all be found, together with all the other videos from last week, on the Finn class TV channel here: finnclass.org/finn-tv