Legacy of an Olympic Legend

The story of the Finn class has been, and will always be, the greatest sailing story in the history of the Olympics. But, after 18 Olympic Games, it would seem the Finn is no longer required, effectively excluding the best athletes in the sport: a sad reflection of modern decision-making processes. 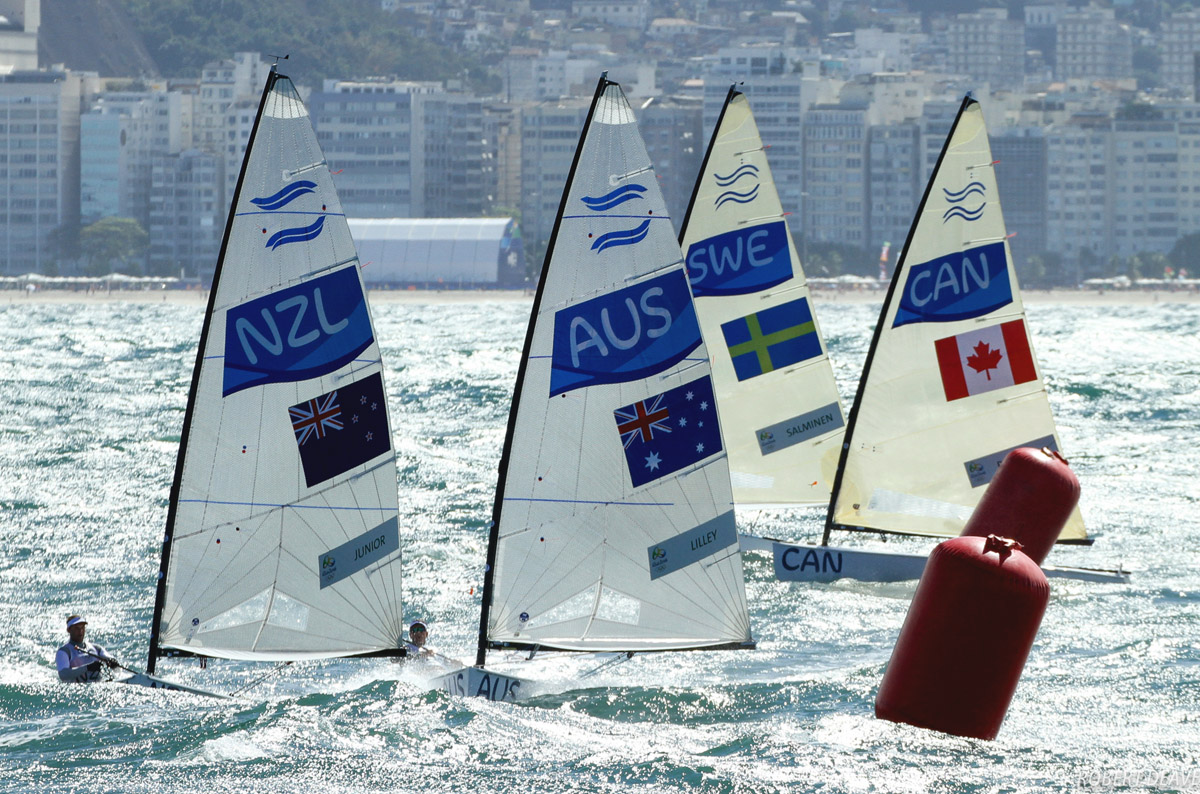 After Tokyo 2020, the Finn will have provided 68 years of Olympic competition. Originally designed in 1949, its contribution and influence over seven decades is both astonishing and significant. It has witnessed the development of the Olympics from the immediate post-war years to the modern day spectacular when TV ratings appear to have become more important than the sport itself.

The Finn is an iconic sailing dinghy, an ambassador to all that is great about Olympic sailing, the perfect boat for complete athletes, teaching physical, technical and mental skills to produce some of the best sailors in the world. There is nothing quite like it. It is the authentic Olympic class dating back to the beginning of the modern period of the Olympic Games. An Olympic Games without the Finn is simply unthinkable.

Three-time Finn gold medalist, Ben Ainslie, said, “It’s very sad to see the Finn dropped. I think it’s been a fantastic class for so many generations of sailors. It’s really the complete challenge in terms of the technical OD element coupled with the physicality required to compete at the highest level. I absolutely loved the boat and will always have fond memories of the class and the sailors it created.” 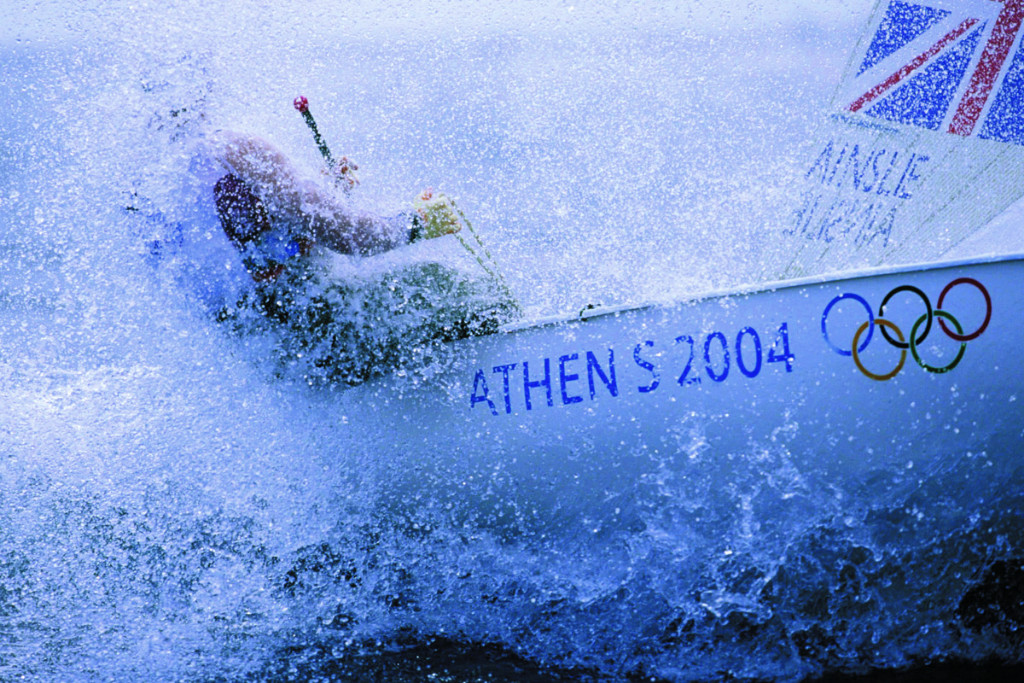 The legacy
The boat is only the tool, but really it’s all about the people. The legacy of the Finn class could be defined in terms of the sailors it has created. From Paul Elvstrøm through to Ben Ainslie, from John Bertrand to Russell Coutts, the class is littered with some of the greats of the sailing world, and many of the greatest sailors ever to compete at the Olympic Games. Today the class has a huge number of talented and ambitious young sailors all aiming to join this long list of stars.

The Finn could also be defined by its technical development, evolving from wooden hulls and cotton sails into one of the most technically advanced dinghies in the world, but in doing so, actually becoming so rationalised and perfect that the boat offers more equal competition now that at any time in the previous six decades.

The 2012 silver medalist, and double world champion, Jonas Høgh-Christensen had this to say. “I think the Finn over time has produced the best and most iconic sailors. The legends within the class are a true testament to that. With its removal we are reducing sailing’s history within the Olympics. The weight issue is of course a factor that will reduce the number of potential Olympians, but then again that is the case in many other sports. It is sad, as the class is the most physical, tactical and technical on the Olympic programme. We are effectively removing the strongest class.” 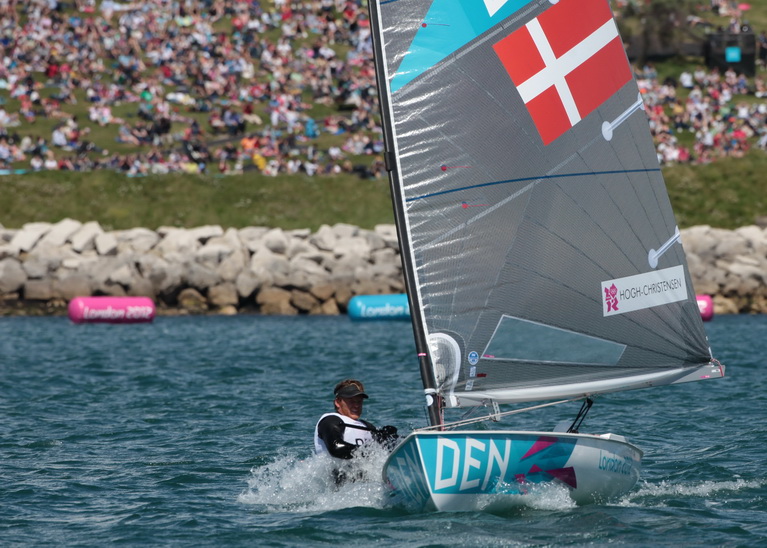 In post-war Europe, the Finn provided a focus as an affordable and competitive route to the Olympics, and in 1952 it was the only dinghy on the Olympic programme; it remained the only one-person sailing event in the Olympics until 1984, when the first windsurfer arrived. At those first Games the class started attracting some of the biggest names in the sport, names that would later become sail makers, mast makers, boat builders and boat designers. Their grounding in the Finn would influence their early development, as they became key players in the development of sailing and the sailing industry for the following half-century.

The Finn also developed sailors into athletes. With Elvstrøm setting a new standard for fitness and strength in sailing, the Finn taught sailors the benefits of training, courage and perseverance to become the most complete athlete possible. Finn sailors are widely regarded as among the fittest athletes in sailing, if not in most other sports as well. The values and ethics of hard work and sheer determination to succeed set the Finn sailor apart to perform at the best of their ability in arguably the toughest class in the world.

The Finn taught young men to push themselves to the limit, to excel and grasp opportunities, to be faster and stronger and reach higher levels – citius, altius, fortius. The nature of the competition provides the true test and the Finn provides the ultimate challenge. Throughout seven decades the challenge of the Finn has remained timeless – for the friendships, the competition, the rewards and most of all, for the journey.

The legacy of the Finn is unequalled in the sport of sailing; but the story will continue.

John Bertrand AO, Finn bronze medalist and America’s Cup winner. “I understand the constant push for Olympic sports to be television oriented. The Olympics must remain relevant. The Finn class however represented the purity of the Olympics – physically supreme competitors competing against the very best athlete sailors in the world.” 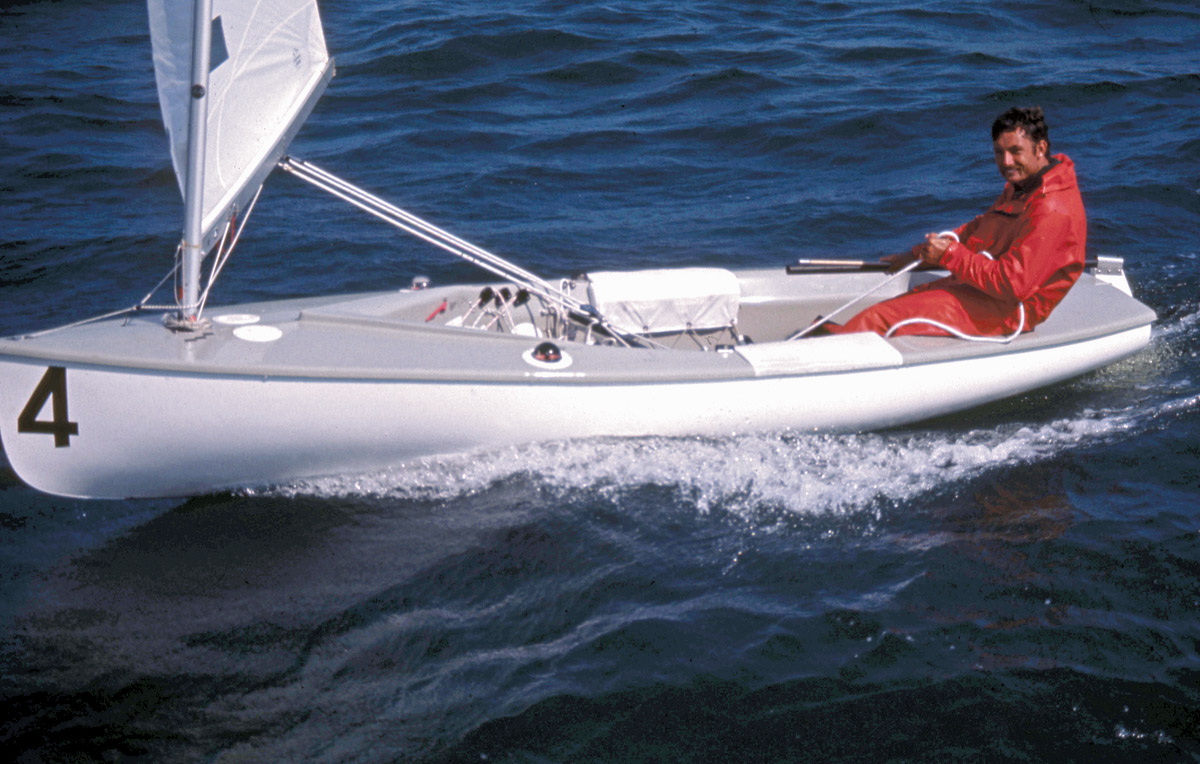 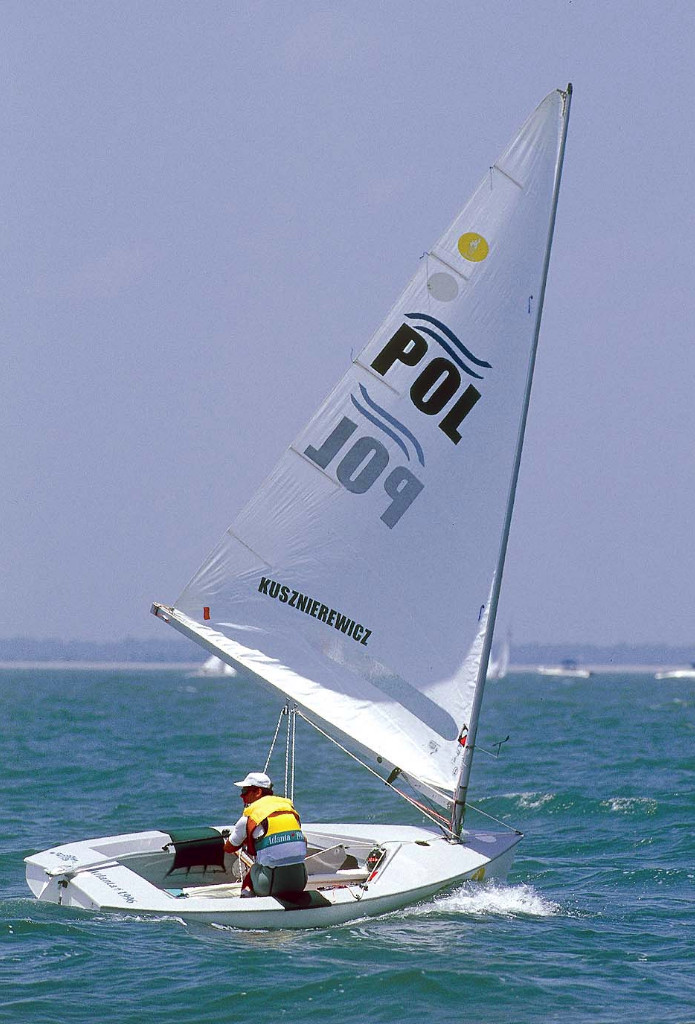 The decisions on Friday 2 November and Sunday 4 November came down to a binary choice – the potential pot of gold or finding a way to include the best athletes in the sport. Few spoke ill of the Finn, and many seemed reluctant to vote against the class that has been such an integral part of the Olympics for so long.

Only those who have sailed the Finn will understand what it truly means to call yourself a Finn sailor: the dedication, the commitment, and the challenge of becoming better than yourself. It is something powerful to say you are a Finn sailor.

Sailing needs to develop and innovate, but is it necessary to reinvent itself so often that it loses sight of what is important? The frequent changes in equipment are killing the sport at Olympic level. It kills the will to be involved. There is no stability or constancy. It reduces confidence. The massacre that is ongoing for the Olympic classes does no one any favours.

The Finn has thrived for seven decades because it has always been a constant, reliable destination for so many talented and ambitious young sailors.

The 1996 gold medalist, Mateusz Kusznierewicz, said, “Olympic Sailing has said goodbye to another great group of athletes. First it was Star sailors and now great Finn sailors. Walking through the boat parks in Hyeres, Aarhus, Perth or Miami you could really recognise Finn sailors. Not only because of their athletic and healthy muscular postures but also because of their energy, curiosity, open minds, style, generosity, innovative ideas, media relations and professionalism. Finn sailors are still gentlemen of Olympic Sailing. You will see it in Tokyo. I’m sure I will sail Finn one day again.”

Since the decision, a lot of kind words have been spoken about the Finn class and its contribution to sailing. While great to see, and appreciated, it is of little consolation to the hundreds of young sailors who have had their Olympic ambitions wrecked. Many have spent years training, investing and committing to the journey, only to have the rug pulled from under their feet. There is a sense of grief at this turn of events, an outpouring of emotion, a feeling of betrayal and anger from all parts of the sailing world, and not all of them expected.

Today’s Finn sailors are the future of the sport. They are the heroes of tomorrow; the stars in waiting. Or at least they were supposed to be. That was their destiny since the moment they committed to the honour of mounting a Finn campaign. They may have briefly lost their direction, but they will not give up, and they will not succumb. They will endure and they will prevail. But they will always remember the day their dreams were crushed. 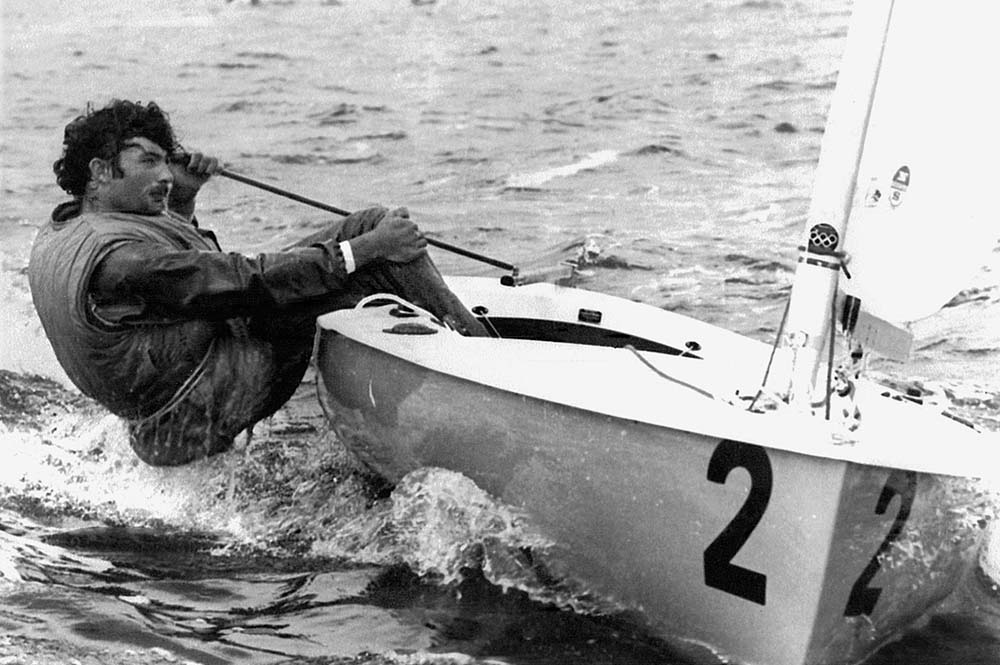 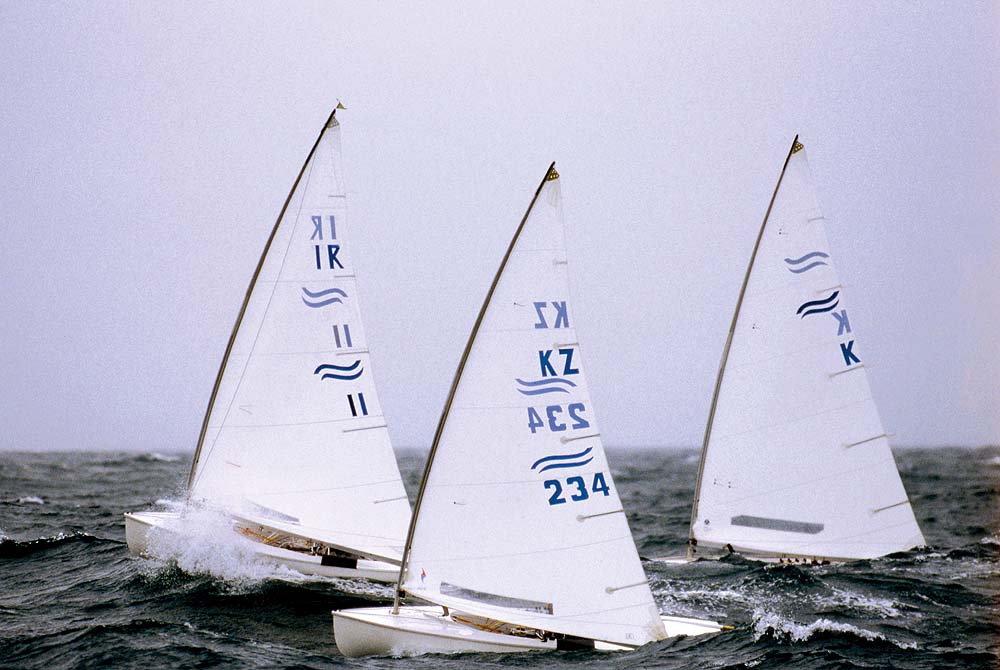 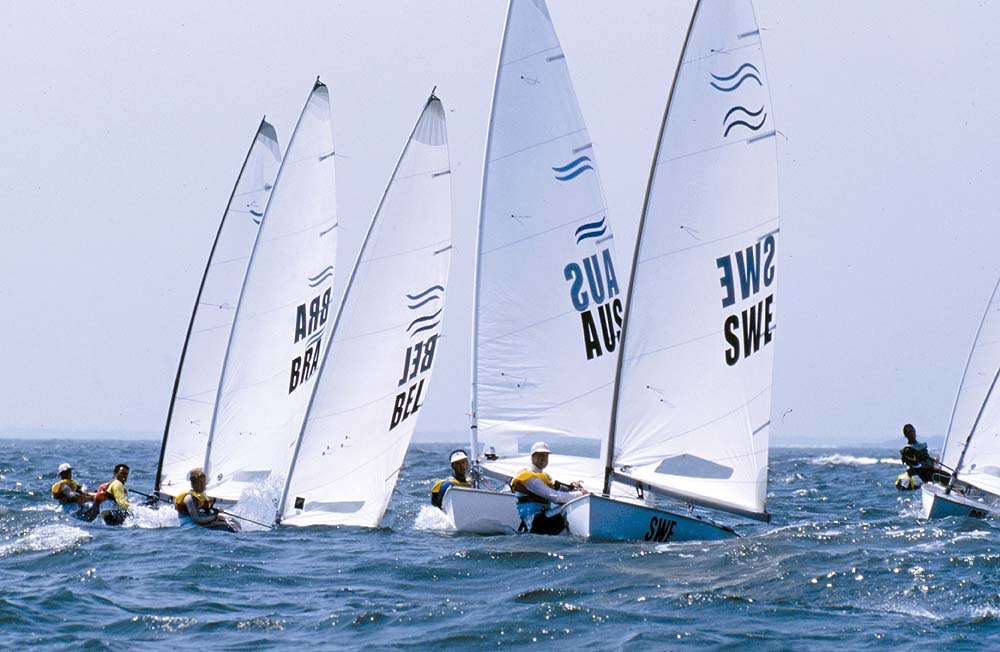 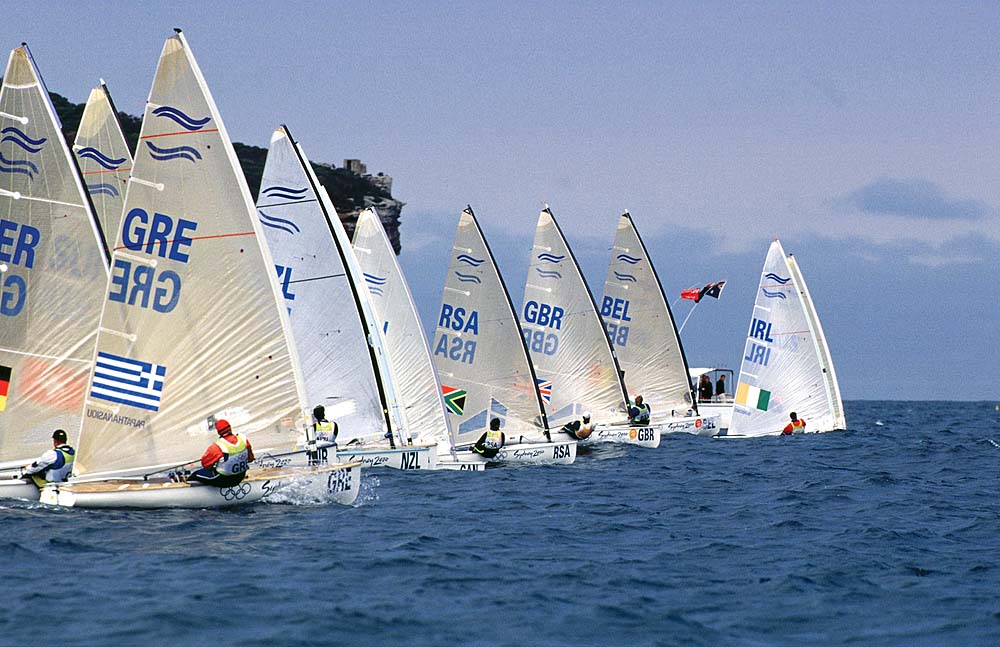 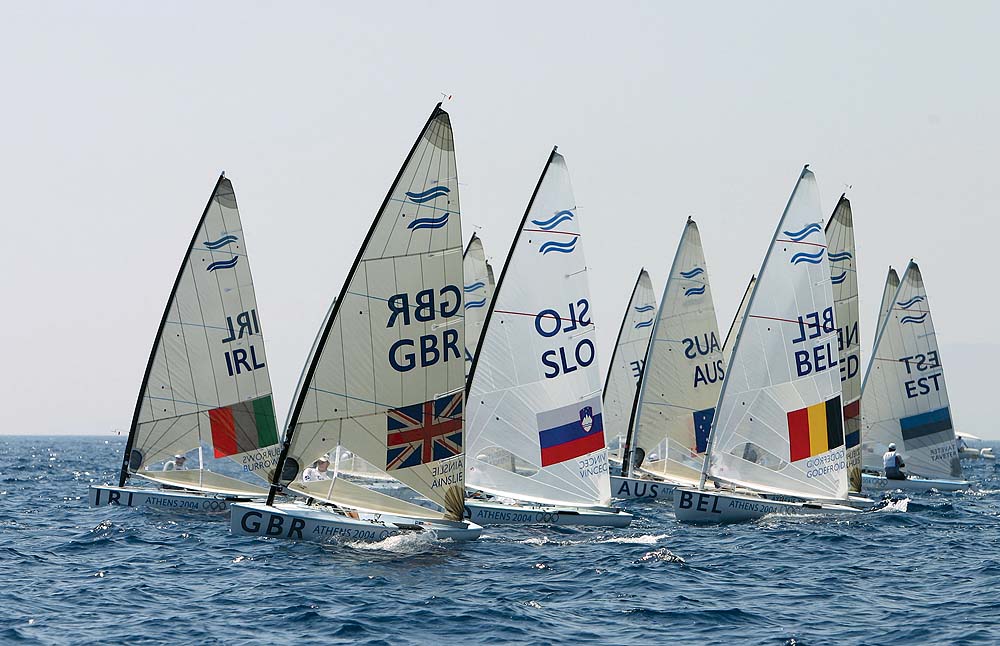 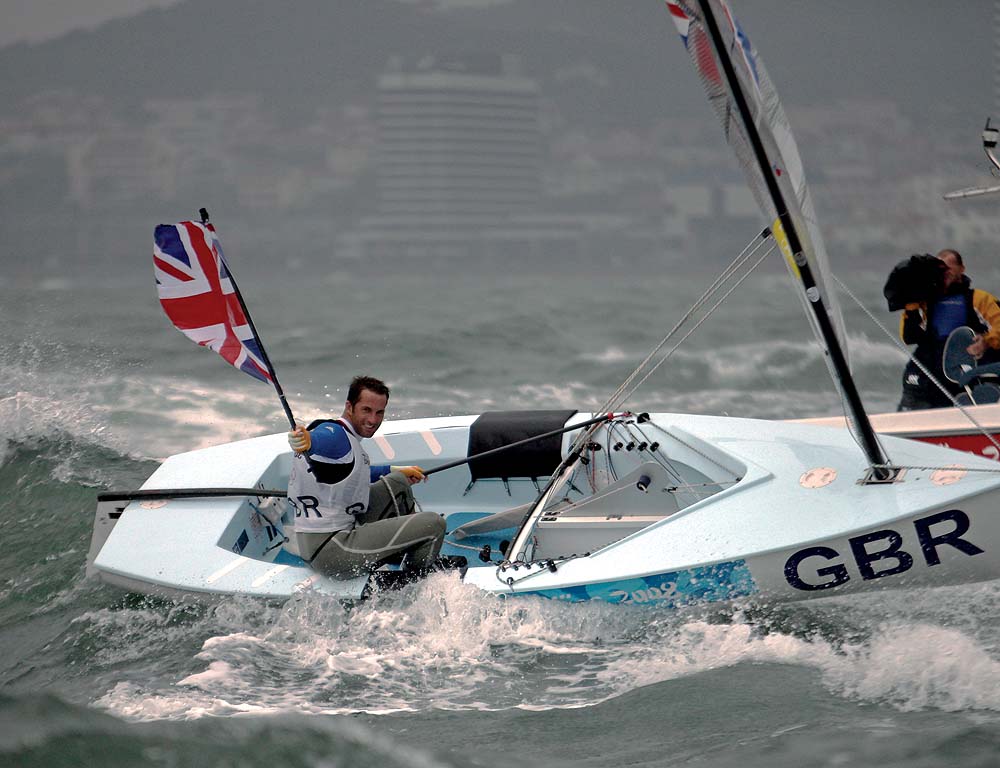 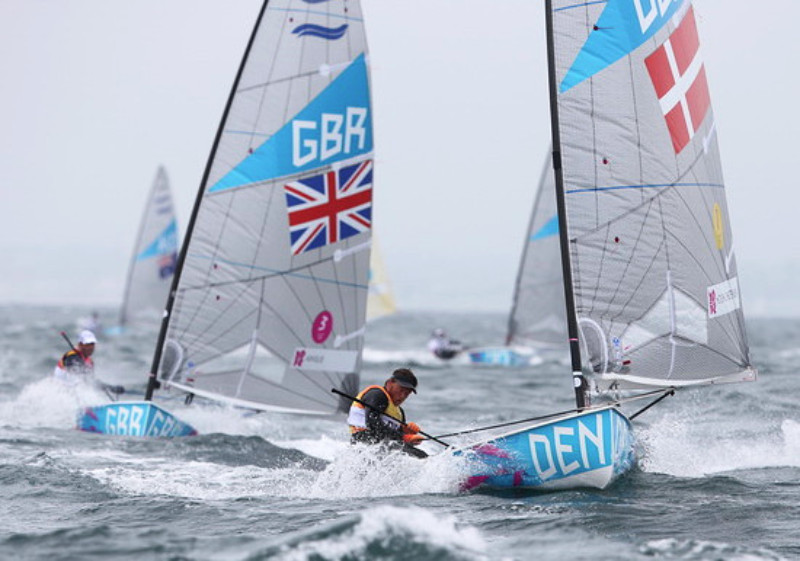 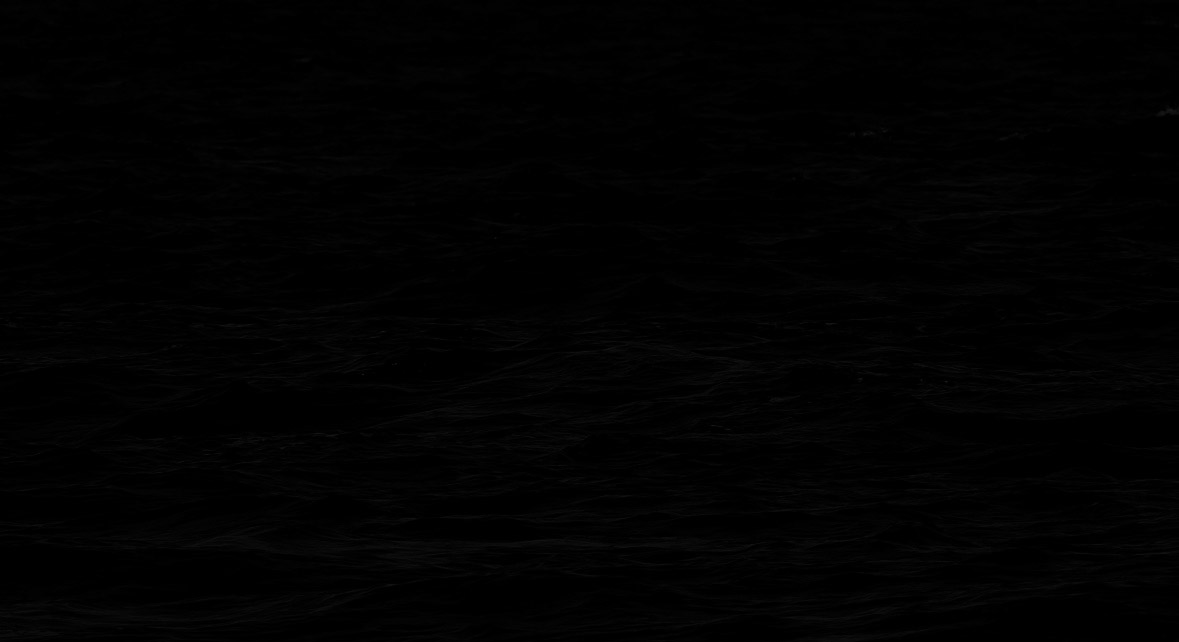