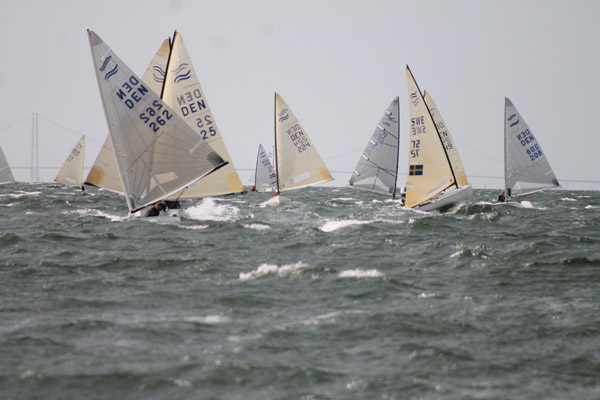 49 registrations and 47 show-ups. This after 10 Norwegian sailors had to cancel their participation. We had 36 Danish sailors in the venue which is a new record high. From abroad we had 3 German, 3 Dutch and 5 Swedish sailors.

Due to strong winds all 3 days, 10 sailors unfortunately had to admit that they lacked the skill to sail in such weather. But they stayed and are determined to practice to be able to in future.

On Friday the fleet was sent to start, but then sent ashore again when the wind picked up to a constant 30 knots. Late afternoon the wind decreased to 20-24 knots and 2 races were completed with a somewhat reduced fleet. Brilliant sunshine, warm air and a great display of waves made the sailing exceptionally fun and challenging.

Thomas Schmid from Germany won both races in his defense of Poul Elvstrøm’s left hand (see photo). This price has been awarded continuously since 2002 for the winner of the international Danish Championship.

On shore the organizing club, Reersø Bådeklub, pampered the sailors with the traditional 'pier beer' and grilled sausages. In the evening all sailors, organizers and volunteers were guests of the Danish Finn Association traditional barbecue dinner. This year the menu was lots of roasted pig and fresh vegetables.

Saturday morning was 'calm' compared to Friday with winds from 16-20 knots and some periods with a couple of knots more. 3 races were sailed with more sailors participating than Friday and again having a great time playing the waves and winds. All races were in fact sailed on perfectly laid out courses and fair onshore winds. Good starts were important but more so your speed and stamina to hike upwind and pump downwind. 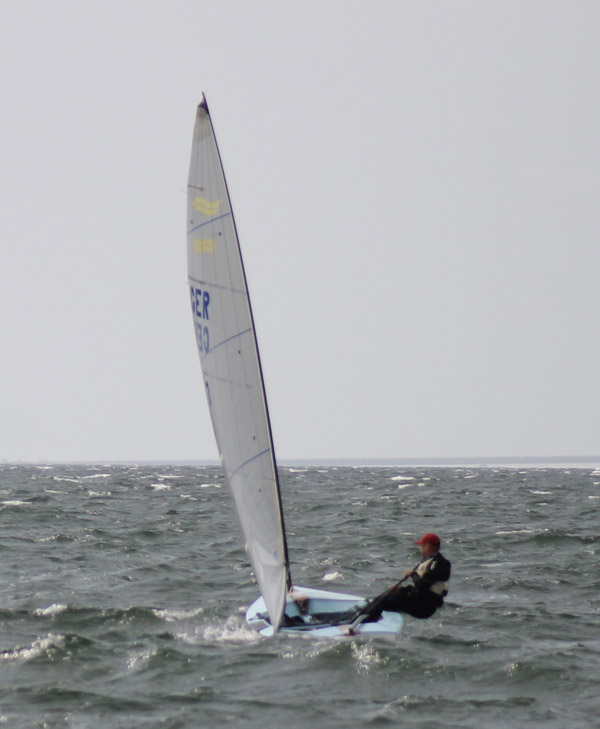 Thomas Schmid continued his performance with 2 firsts and a conservative 4th. Bas De Waal from Holland displayed his high level and consistency by being a solid number 2 in the regatta and winning the 3rd race of the day. Local hero Otto Strandvig was as solid a number 3 in the regatta after 5 races.

After Saturday’s 3 races a change of weather approached with strong wind and thunder warnings, so the race officer decided to send the fleet ashore. This was a correct decision accepted by the sailors who then again had even better time to enjoy 'pier beers' and sausages.

In the evening we had the Gala Dinner. Lot's of good food, talks, guests joining etc.  The Danish Finn Nationals is always organized as an 'all inclusive event'. This means that breakfast, lunch packet, pier beer & sausages, dinner is provided for all during the entire event. Besides being practical for the sailors and volunteers, then it is value for money but most importantly maybe that it facilitates the social coming together (with relevant distancing) which is a main reason why we do this sailing stuff.

Sunday morning the tent was rocking. Not because of last nights party still going, but the wind had increased into the range of not sailable conditions. After a couple of hours coffee drinking the conditions did not improve and the regatta ended.

So the Saturday standings became the final result:

Reersø Bådeklub did a fantastic job and rumours are that the OK class is already considering placing their championship here some time in the future. 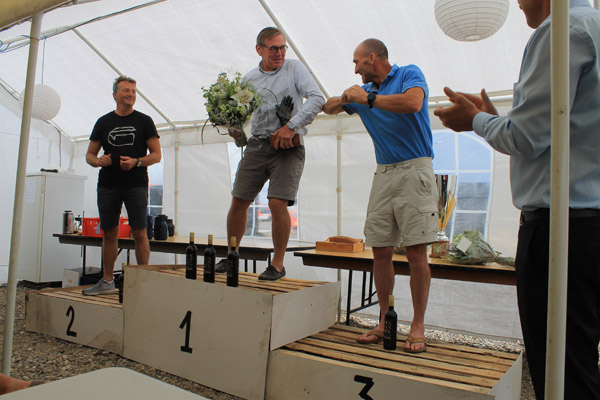 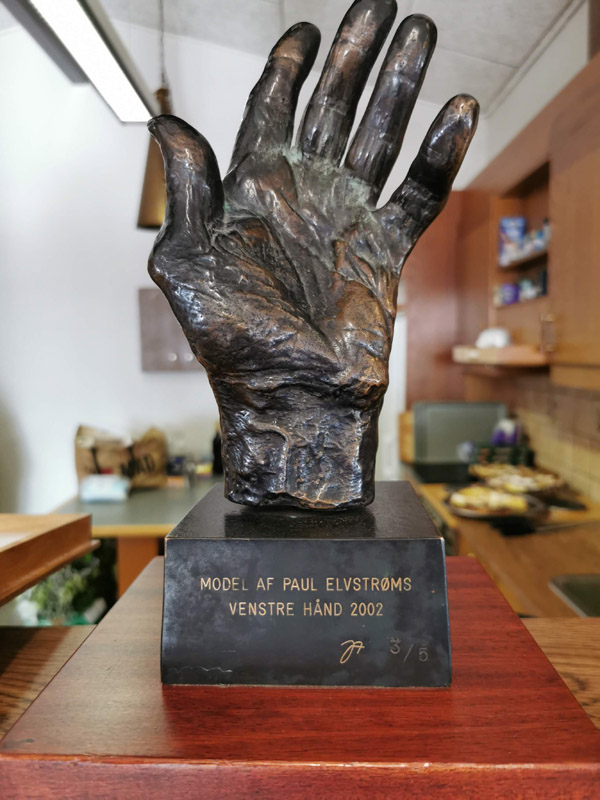 The perpetual prize is a bronze cast of the elder Poul Elvstrøms left hand that steered him to many great starts in his career.