No racing at U23 Finn Worlds: Finn youth and wind play games all day

Despite spending four hours on the water, no more racing was possible at the U23 Finn World Championship at Balatonfüred. The sailors were twice sent out on the water, but both times came back empty handed. 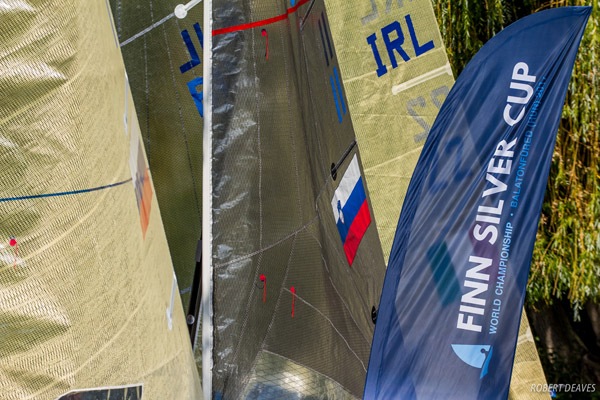 Everyone expected to lose a day or more of racing, but no one expected to lose the second day, which had the second best forecast of the week.
The day began with an AP ashore, which then continued afloat for an hour before the sailors were sent back to shore to wait under a further AP. Finally they were sent back out again as a relativity stable 6-8 knots had settled over the course area. This started to drop and shift as soon as the fleet arrived and despite two attempts to get the race away, at 17.00 the fleet was sent shore again.

After racing the sailors met in the tent by the marina to debrief and for the prizegiving for Day 1 when each of the three race winners received goodie bags from Rooster, one of the events sponsors. 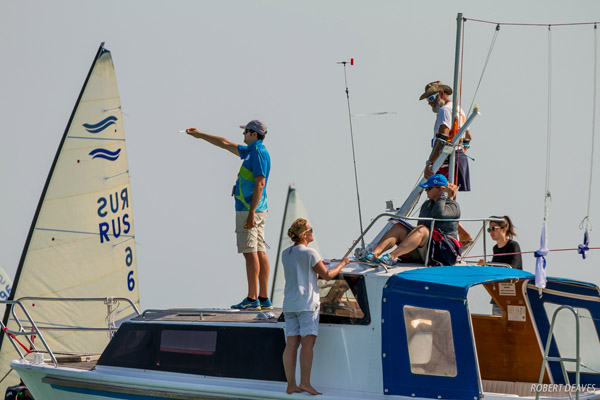 Of the 45 young sailors competing this week, 15 are under 19 years old, therefore, to recognise this, it was announced that an U19 prize will also be awarded to further encourage those jus starting their Finn careers.

For Thursday the early forecast is for no wind so the start time has been delayed until 11.30, with three races scheduled if there is sufficient time. Even then the forecast is still only for light winds.

One thing is for sure. It is going to be a long week. With the exception of Friday, the forecasts show little sign of conditions improving, though it’s also getting a lot hotter. 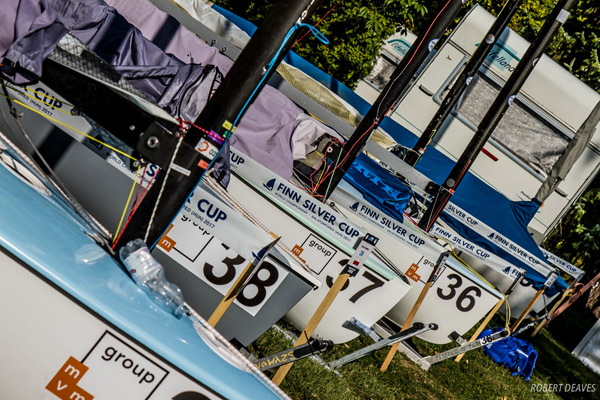 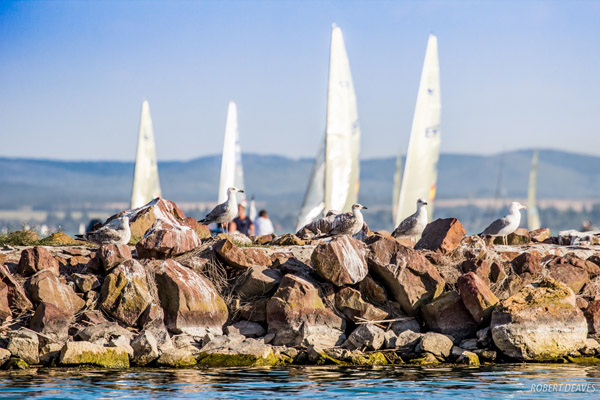