Sebastian Kalafarski of Poland confidently won the only race possible on the third day of racing at the 2017 U23 Finn World Championship for the Finn Silver Cup. However Facundo Olezza of Argentina still holds a 13-point advantage at the top. Luke Muller from USA moves up three places to second while Brit Henry Wetherell drops one to third. 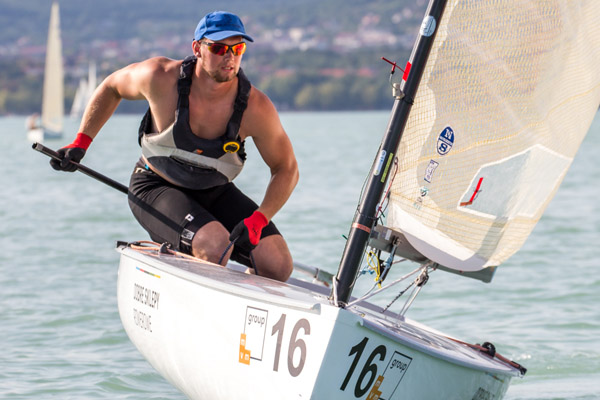 After a day of waiting around on shore for breeze the fleet was finally sent out mid-afternoon, as a light southerly had developed. After one false start, the fleet got away in 4-6 knots, but it was relatively steady in direction.

The left side paid with those starting at the pin in the leading group. Joan Cardona Mendez, from Spain, rounded first from Muller and Kalafarski, who started at the boat end. The main group went right on the run, which allowed Kalafarski to sneak through to leeward and round the gate ahead. He locked into the lifting shift up the second beat and was untouchable from then on, holding a nice lead at the top and down to the finish in the gradually fading wind.

Lars Johan Brodtkorb, from Norway, who had made a great start at the pin, rounded fifth and then moved up the second upwind to round second, which he just held to the finish from a fast chasing pack. Cardona Mendez crossed in third. 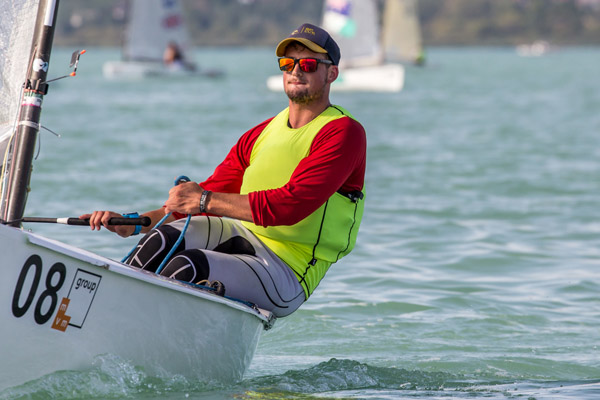 By this point the wind had evaporated in the hot Balaton air, but the race committee persevered and 40 minutes later a new breeze arrived. However it didn’t last long and despite one false start, the fleet was sent home soon after.

The single race though meant that the championship is now valid one with four races completed and looking at the forecast for the next few days, that is a relief for the organisers.

Muller commented, “It was a bit tricky. I tried to get off the line clean and the guys who turned out best tacked right off the line and held on port for a long time and from there it was really just staying in pressure and keeping the boat speed up.”

“We finished in quite light breeze and then the wind died off. We had surges of pressure come down and the PRO was really trying to gun for another one.”

“I am really happy how I am sailing and working with Luther [Carpenter, his coach] is fantastic and a really big privilege.” 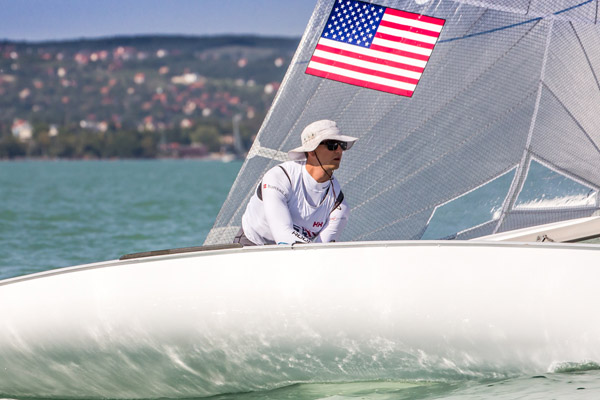 Kalafarski was clearly pleased with the race win. “I started near to the race committee and going to the right side and later I tacked and went with the front group. I was fourth at the top.”

“I like the light wind, and the weather from today is very good for me. I want tomorrow to be the same. I feel very good, it’s fantastic to win the race.”

One of the new sailors here this week is Guillaume Boisard, from France, now in ninth overall after a 14th today.

“Sailing the Finn was for me one of my biggest ambitions. This boat is technically demanding and I really like its physical dimension. I consider the Finn as one of most interesting boat to sail. A lot of settings and adjustments exist on this boat, and all these little details can make, at the end, a huge difference between good and very good Finn sailors.”

Boisard, now 20 years old, started sailing in Optmist at Aged 7 before moving through the Europe and Laser classes. His best results were runner-up in the Europe Europeans and a fifth in French Laser Nationals. 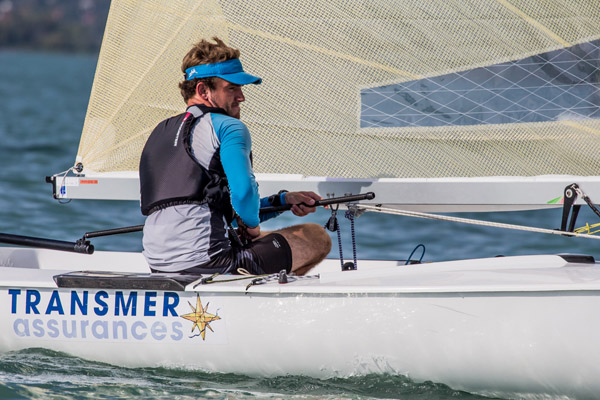 He now trains with the group at French National Center in La Rochelle. “My last good results will probably help me to get an athlete high level status for the next season, and in this way I could get some financial help.”

“I sail two to four times a week with very good sailors. I want to mention Laurent Hay, recently second at the World Masters in Barbados, I'm very thankful to him because of all the advice he gave me this season.”

“Sometimes Jonathan Lobert and Fabian Pic sail with us, which is very interesting for me. I had a training session with all of them before coming to Balaton. It makes me feel completely confident for this Silver Cup.”

“Light wind is my specialty, and I would like to benefit from the Balaton Lake to make a good performance.” His goal for the week is top 10 overall. “My strategy and tactics bring me to good positions most of the time and further up in the light wind, where I'm often pretty fast. My technique on the downwind is also one of my main strengths.”

He says he is really enjoying the Finn challenge. “The technical dimension of this boat and all these unique feelings we can only get in this boat. For example, I love free pumping, and you can't really find it sailing on other boats, except the Europe class.”

There seems little chance at the moment of any free pumping soon. The championship may be valid, but only four races have been sailed from seven scheduled so far out of a total of 13.

Expectations for a sailable wind on Friday are small. Already the start time has been delayed until 12.00. There is a chance some breeze could develop during the afternoon, but it depends who you listen to and for how long. 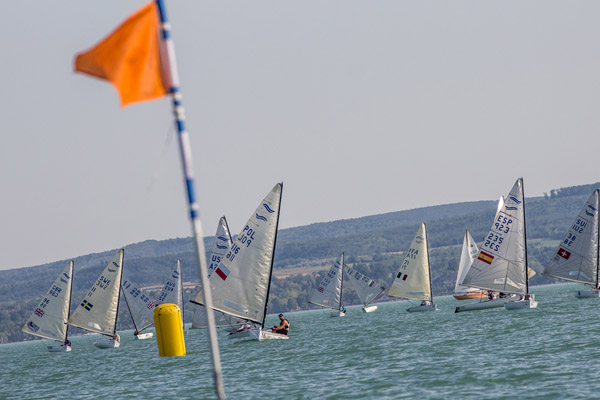