After waiting ashore all day in the sweltering heat on the third day of the World Cup Series in Hyères on Thursday, the Finn fleet finally enjoyed two late sundowner races and returned to shore in the early evening. Nicholas Heiner, from the Netherlands, takes a one-point lead at the top from Brazil’s Jorge Zarif and Turkey’s Alican Kaynar. The race wins went to Croatia’s Josip Olujic and Heiner. 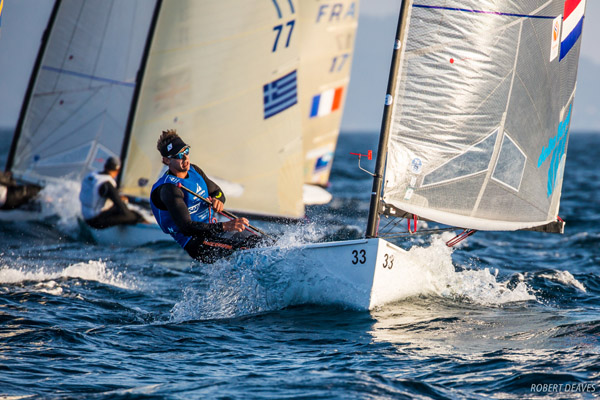 After a never ending postponement and a flat sea most of the day, the prospect of racing looked slim, but late afternoon a light sea breeze began to develop and the Finn fleet was finally sent afloat just before 1700. By then a stable 7-8 knot sea breeze had become established and racing could finally begin. The first race was sailed in 6-8 knots, but the wind had increased to 8-10 for the second. The fleet returned to shore just as the sun was starting to set.

However the wait was worth it with two fantastic races in very nice conditions.

Highlights from Day 3 in Hyeres

Josh Junior, from New Zealand, was in front at the first mark in Race 5, but unfortunately he was one of three early starters. Olujic rounded second and was soon in the lead downwind, never to be headed. He crossed the finish ahead of Zarif and Kaynar. 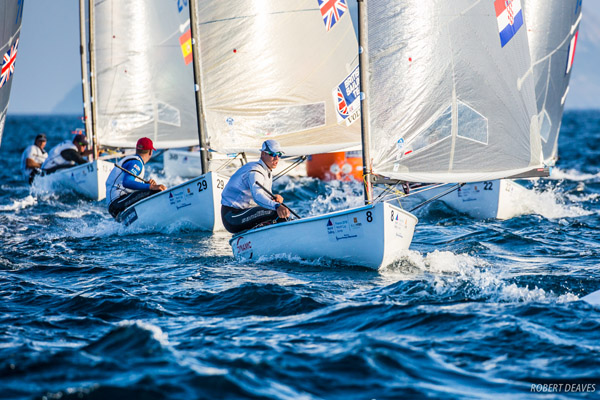 Heiner has been producing an average race score and a win every day so far and did it again today. Taking the lead in Race 6 on the second round, he led the fleet home for his third race win. Milan Vujasinovic, from Croatia, produced his best result so far with a second place, while Kaynar was on a charge and ended the day with another third place to move up to third overall and within four points of Heiner.

Heiner, “Another light day to start off with and a lot of waiting. For me the day wasn’t too great. I had a good last one to save the day, but I wasn’t really happy with the way I was sailing like the last two days. But I still made it count today, so it’s OK.”

Olujic, “In the first race the wind was about 6 knots. I had a pretty good start at the pin end side, went fully left and rounded the mark second. I won the downwind and in the end I was controlling the fleet to win.”

“In the second race I made one mistake on the start. I was a few seconds late, which cost me the opportunity to have clear wind, so I rounded in the back of the fleet with no chance to recover.”

On the race win, “It’s perfect to win a World Cup race in such a good fleet so I am really happy with that and my speed and how I handled it.” 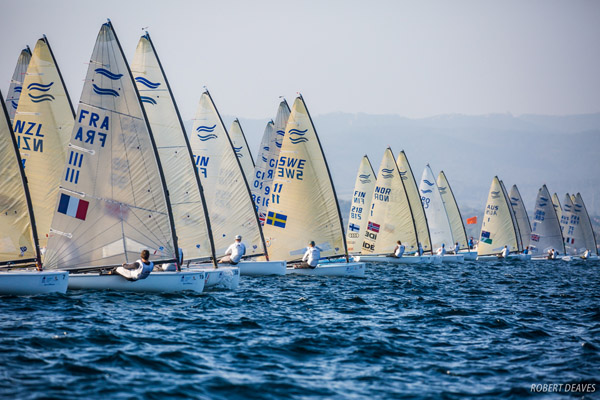 There is little respite for the fleet after the very late finish, as they are first back on the water in the morning with racing scheduled to continue at 11.00 on Friday. The opening series concludes on Saturday ahead of Sunday’s medal race.

There is daily live tracking and analytics with SAP https://wcs2018-hyeres.sapsailing.com 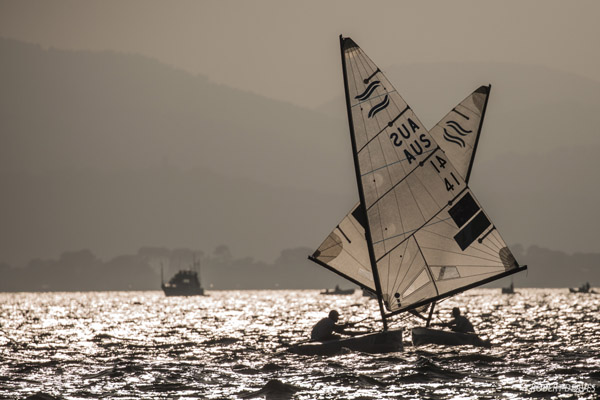