A fourth race win for Nicholas Heiner from the Netherlands, gives him a four point advantage at the top of the 40 boat Finn fleet after the fourth day at the 2018 World Cup Series in Hyères. Brazil’s Jorge Zarif remains second with Turkey’s Alican Kaynar in third. 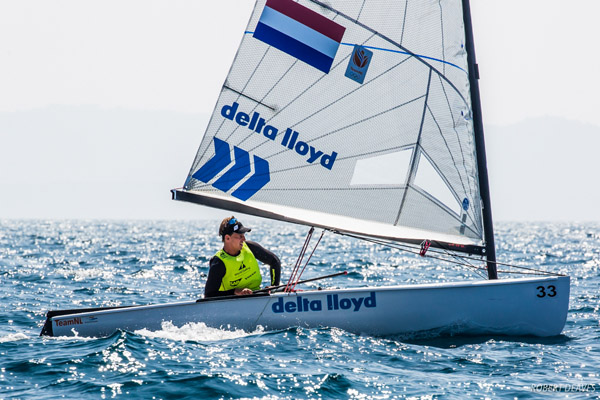 In fact there was no change in the top four boats, though the points gaps are starting to separate. The top three have a ten point buffer to Ondrej Teply in fourth, with just two races to sail before Sunday’s medal race.

Cornish has had a pretty hideous week so far, but a 5, 1 today was the best score of anyone on the day and moves him up to 17th, 18 points outside the medal race.

“It was a nice day with a bit more breeze than we have had all week. Quite a good finish for me and the best day I have had by quite a long way. I had a sticky start to the week and was not quite managing to get the first gains right up the first beat, which I managed to put right today and it made a big difference.”

He explained that the depth of the fleet and the short course made the early gains all the more important.

“When it is as tight as this and you miss the first opportunity, it is really hard to find a way back, and if you are out the back at the first windward mark you have a bit of work on your hands to get back into the group. And the opposite is true, if you can get the first jump on the fleet it’s a really nice opportunity to get away.” 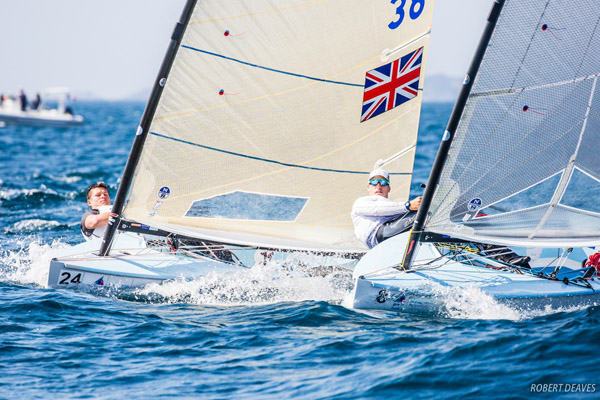 Josh Junior, from New Zealand, has also had a lacklustre week, but a 15, 6 today represents his best work in Hyéres and moves him up to 12th, just four points outside the medal race.

‘It’s been an awesome week here and we‘ve been lucky enough to get all our races in, in really light conditions. Most races have been 4-8 knots, but today we got a little more and managed to get some free pumping, which was nice.”

“In terms of my performance I am not going that great a the moment. I am not racing that well so we are going to keep working on that and hopefully we can keep improving.” 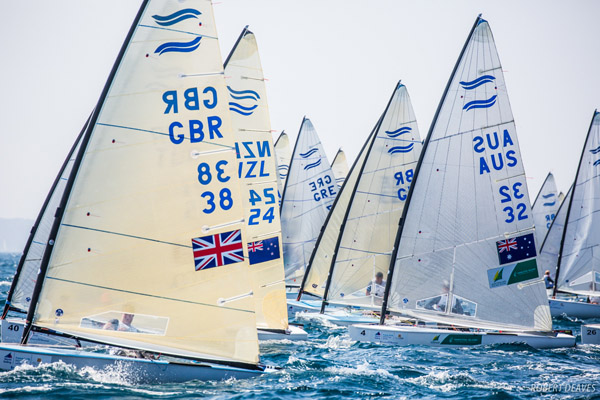 Ioannis Mitakis, from Greece, has been in the top ten all week so far, and while he admits he has not been that consistent, the conditions have dictated that his scoreline is good enough to sit in sixth overall after today.

“So far so good. So far it has been quite light and today we had a really good breeze. I think the conditions are quite challenging for all of us. It is quite tricky so you have to fight for every boat. The level is quite high now and you have to try hard in every race.”

“I am sixth overall. I will try my best but until now I don’t have many consistent races, but we have one more day left.”

The opening series will concludes on Saturday ahead of Sunday’s medal race. Racing on Saturday is provisionally scheduled to start at 13.30. All races are being tracked live with SAP and the medal race will be streamed live on YouTube here: https://www.youtube.com/watch?v=wPJ4KJQKCC0

There is daily live tracking and analytics with SAP https://wcs2018-hyeres.sapsailing.com 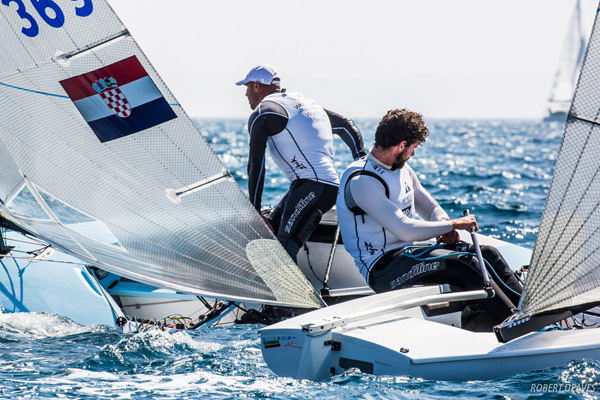