In only his second event after returning to the Finn since the Rio 2016 Olympics, Pieter-Jan Postma has taken the lead at the Finn Gold Cup at the Hempel Sailing World Championships 2018 in Aarhus, Denmark after three more races for each group were sailed to bring the series back on schedule. Tom Ramshaw is up to second with Josip Olujic in third. Luke Muller also become the only sailor to win more than one race so far, with two impressive victories. 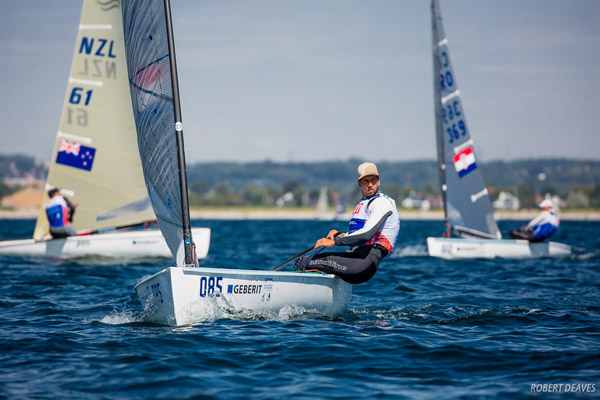 The day couldn’t really have gone much better. The Finns were scheduled to race on the so called stadium course, though it was still too far from shore to see much, but after a race was lost on Thursday, three races in each group were sailed to catch up. The skies remained clear all day, with temperatures in the high 20s, and an on-shore thermal breeze building from 7-8 knots through to 13-14 knots. The fleet splits remained the same as the opening day.

Being located on the ‘stadium’ course area, the racing was covered all day live by TV and drone. The footage can all be seen on World Sailing’s YouTube Channel here as well as on the Finn Class Facebook page.

Postma was twice the leader at the top mark in Yellow, group and ended the day with a 1,3,3 to take a five-point led at the top at the end of Day 2. Luke Muller struggled with a 15th in the opening race but then pulled out two impressive race victories. Winning two world championship races on the same day is some feat. Previous overall leader Jorge Zarif slipped to eighth while Jonathan Lobert had a mixed day to follow a 12th in the first race with a 2,4.

In the Blue fleet, there were three race winners, though Ramshaw had the best score of anyone with a 1,9,2. Ed Wright sailed away for an impressive win in the second race while Anders Pedersen did the same in the final race, winning by 40 seconds. The conditions and the high standard meant that the fleet was incredible compact, with sailing fighting for mere metres all around the course. 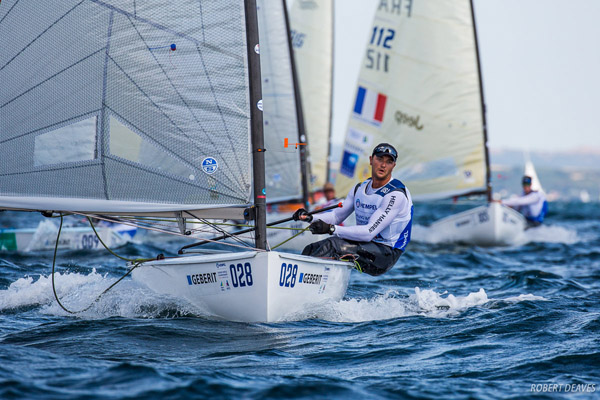 With Oscar flag raised for free pumping half way through the second race, it was a tough day for the fleet and a long day on the water. Ramshaw explained, “Today we had some beautiful conditions, pretty much perfect sailing. It was a beautiful sea breeze, up to 14 knots, nice waves, so we had really physical pumping downwind, hiking hard, putting the bow down as much as you can and going as fast as you can. No major shifts that put anyone out of the game, but you definitely had to play what was out there.”

On his race win, “In the first race I was able to connect some puffs really well and I had a really big lead, but unfortunately I had a yellow flag, which dropped me into fourth. It was a good battle between the top four and eventually I was able to squeak ahead and get the win.”

On his progress towards Tokyo, “I have had a tough year, but the results today were a really good start, not making any really big mistakes. My goal here was top 10 so if I can keep pushing forward and sail how I am I should find some success here and it would be a great way to cap off the season.”

Muller played down his achievement, but was clearly energised by his double win. “The first one went all right for me. I got flushed out at the start and had to fight for a 15th. In the last two races the wind came up and I felt really strong downwind and just put myself in a place on the line were I could use my speed upwind and sail clean and I came away with two wins.”

“It was super fun. The conditions were amazing. We had three solid races. Really happy to put in two good scores to lead into the rest of the week. And obviously if I don’t keep my head down and keep working this will all be for nothing.

“The world’s best are here and there were definitely some battles out there. I tried to stay in my own boat and focus on my own speed and it was really great to compare my speed after training hard with Luther [Carpenter] and Caleb [Paine].

There is still a long way to go in this championship, but even more impressive is Postma’s performance. Coming back after a two-year break and leading the fleet proves just what a strong competitor he is.

“Aarhus for us is Olympic qualification, so the heat is on. Yesterday I had a hard day with a big shift and I had to fight back from that. Today was more my day. I could read the shifts well and had great starts. Very happy with today and looking forward to tomorrow.”

“Now that the physical component is so high we have to balance the energy across multiple days so I’ll head home have a good feed and good sleep.”

On his comeback. “I come back here to sail the Finn. I love the Finn it’s a great boat ad also its hard to come back. It’s not that easy to step over some frustrations from the past but it’s a clean slate and now I can really put everything together, again, and it’s a great challenge that I am enjoying. It will be a good week.” 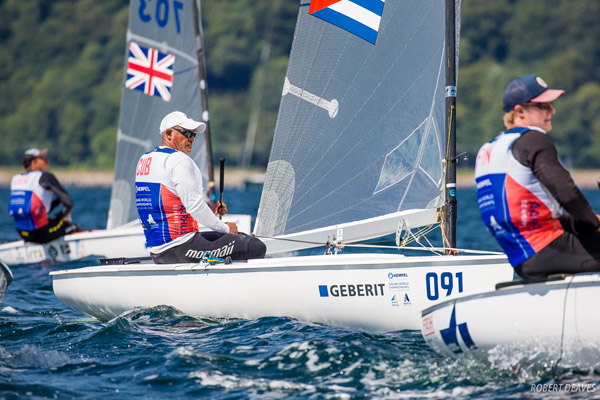 Cuban return
It has been a long time since a Cuban sailor has competed at the Finn Gold Cup. Cuba. In fact, the last time a Cuban sailed a Finn at the Olympics was 1980. So the class is delighted to see Luis Mario Suarez Manso competing in Aarhus this week. He is one of the eight sailors that received funding and training through the Emerging Nations Program (ENP) to be able to sail in Aarhus.

“With the ENP programme it’s brilliant for me to be able to come here. I am learning so many things. I am here to learn how it all works, and then I had a chance to train 10 days [with the other ENP sailors] and now I know many things.”

The ENP provided most of the equipment as well and he says without that help, participation in Aarhus would be impossible. “I am ready now, but even just going downwind you have to very well trained and I see the top guys are so strong and they train a lot. You have to be really strong to sail downwind with free pumping. And be in shape.”

“I started sailing in Optimist in Cuba and participated in the Cuban nationals and then I sailed Cadets. After that I made a big jump to the Finn. There was no boat in between for me.” At age 16 he won a youth bronze medal in the Finn and then the following year won the gold and was put into the Cuban sailing team. He then sailed a Laser for many years as Finn sailing in Cuba fell on hard times, but he still maintained his love for the boat.

“At 86 kg I was too heavy for the Laser, but I cannot lose more weight. But with this opportunity to sail here I did some workouts and I am 92 kg for the Finn.”

He is soaking up the knowledge freely available in the Finn boat park to learn from this experience. “I have talked to a lot of the guys here and they want to help us and look at the future of the Finn in Cuba.”

“It’s a good experience and we are going to enjoy being here. I have never been in such a big event before. To be here is amazing. For me to be here is like a dream.”

Racing is scheduled to continue Saturday at 12.00 when the qualification series will end and the number of nations that can pick up one of the eight spots for Tokyo will reduce to those left inside the gold fleet. 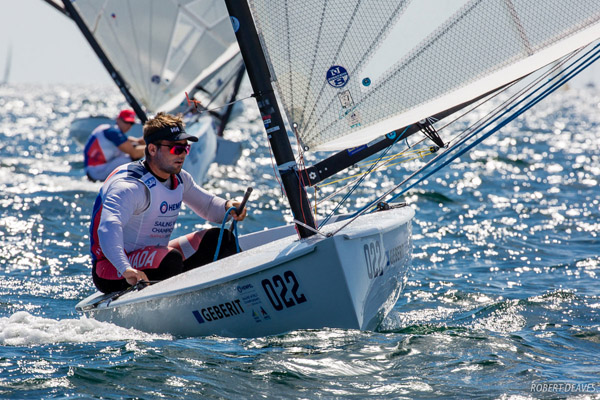