Changing the narrative for an exciting finish in Palma

Five sailors will contend the medal race final at the 48th Trofeo Princesa Sofia IBEROSTAR in Palma on Saturday as the testing of the new event format comes to a close. Turkey’s Alican Kaynar, Deniss Karpak of Estonia, Sweden’s Max Salminen, Zsombor Berecz of Hungary and Dutchman Nick Heiner will sail a 30-minute shootout to take home the gold medal. Whoever crosses the finish line first will win the week. 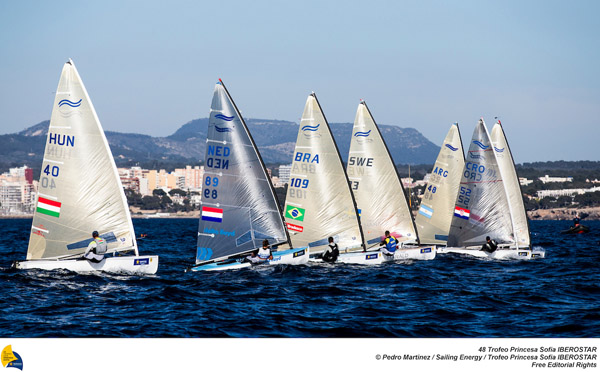 While Argentina’s Facundo Olezza and Brazil’s Jorge Zarif elected not to sail the Semi-Final Qualifier, having already made the Semi-Final, Piotr Kula of Poland did sail and finished third behind Henry Wetherall and Ben Cornish, both from Great Britain.

However, after the points were totted up following the Semi-Final Qualifier, there was no change in the overall results with both Berecz and Tapio Nirkko of Finland easily doing enough to maintain their points lead over the rest of the fleet and qualify for the Semi-Final along with Olezza, Kula and Zarif.

For the Semi-Final, all points gained so far were dropped with the first three across the finish joining Kaynar and Karpak in Saturday’s Final. These three were Salminen, Berecz and Heiner. The remaining five boats in the Semi-Final end up placed sixth to tenth.

For some it was a tough lesson in the new format. For example, the fast, consistent, and deserving, Nenad Bugarin of Croatia has been top five all week with a truly impressive scoreline. However a slip-up in the Semi-Final has dropped him to tenth overall. 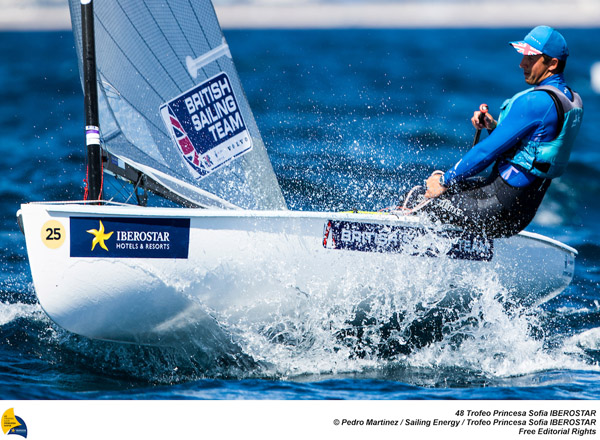 The following table shows the route each sailor took to the Final. 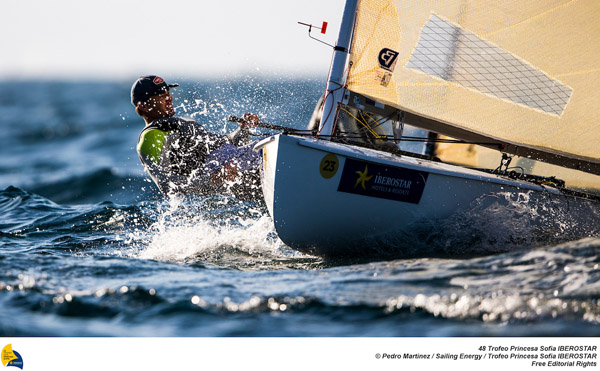 One of the challenges of testing a new format, for the media at least, is to find new narratives to tell the story of the competition. The challenge coming out of Palma, is doubly so, since the challenge has also been to explain the purpose as well as the procedure of that new format.

In essence, and increasingly so the further the format is advanced, the story of the races has become secondary to explaining how the format works. Conversely, if too much time is spent explaining something that is actually supposed to make sailing easier to understand, is it really progress?

One of the finalists, Max Salminen had these thoughts on the new format. "Should there be no reward for consistency? The best sailor should win; I think we all agree on that. Isn't that best achieved over a pretty long period of time where we can get different conditions and really put the sailors to a test?"

"The mainstream audience want to see their guy race. If you are from Sweden you want to see your Swedish hero race. If he is not in the televised Final the Swedish broadcaster will show something else. So why then cut the fleet to five instead of ten?"

He thinks the key issue is not "...about the format or which boat classes we have on the Olympic sailing programme but more about how we deliver it to the audience."

The discussion will surely continue long after Palma closes tomorrow. 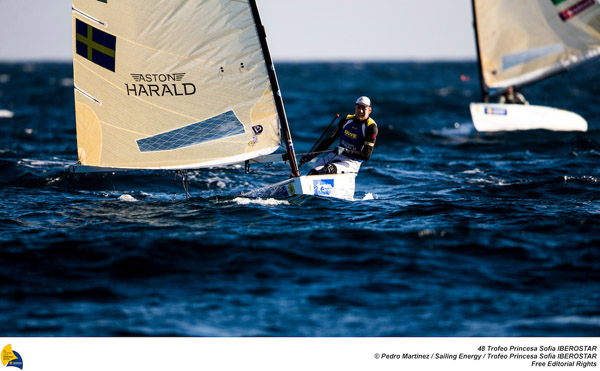 In spite of all the complications leading to this point, Saturday’s Final will be simple to understand, yet still complex to actuate for the sailor. The five Finn sailors have 30 minutes to make a week’s work come good; 30 minutes to go home with the gold, or with nothing.

All of them are more than capable of winning the event. 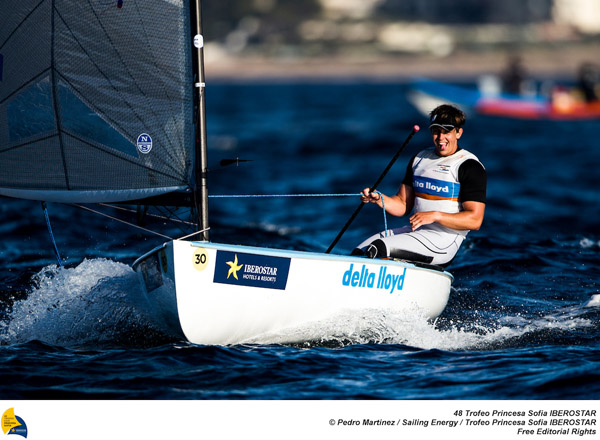