The 2017 U23 Finn World Championship for the Finn Silver Cup at Balatonfüred was officially declared open tonight in a ceremony overlooking Lake Balaton. Over the coming week nearly 50 young sailors from 21 countries will be fighting to win the right to lift the Jorg Bruder Finn Silver Cup, a trophy gifted to the International Finn Association 13 years ago by the Brazilian Olympic Committee. 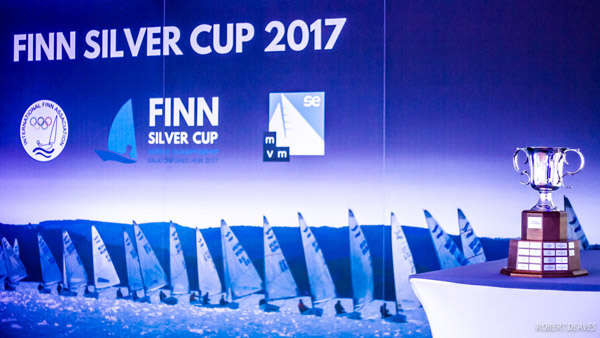 After Dr Molnar opening the evening and welcomed everyone to the event, Mr Holczhauser thanked those involved in putting the event together especially Réka Fluck who has worked tirelessly to bring everything together. He hoped the weather would be kind and allow enough wind to complete the regatta and wished all the sailors fair winds and fair racing.

Then Dr Hajdu welcomed everyone to his home lake and recognised the huge turnout. He then remembered the last Junior championship in which he competed back in 1996 when the winner, a young Mateusz Kusznierewicz, went on to win Olympic gold in Atlanta later that same year and hoped that some of the sailors here could go on to achieve the same.

Dr Hajdu also spoke about the history of the championship and the legacy of the cup remembering Jorg Bruder, the first ever three time Finn World Champion, who died in a plane crash on his way to defend his title in 1973.

The 2016 winner, Phillip Kasüske, was then called to the stage to hand the Finn Silver Cup to Dr Molnar for safekeeping until the end of the championship. 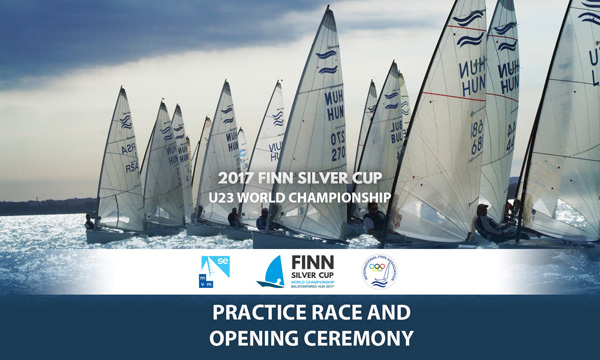 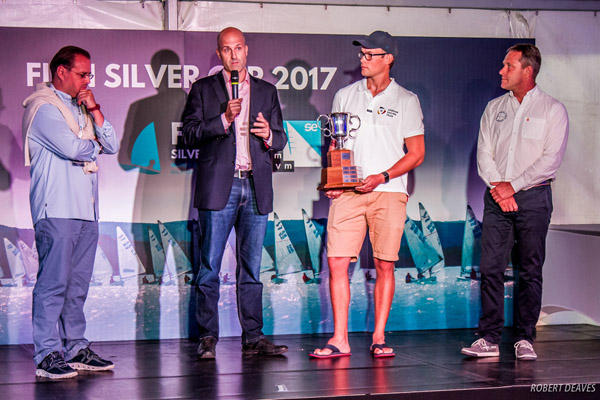 A lavish buffet, well received by the sailors and meeting traditional Finn standards, was then served in the tent overlooking the lake.

Earlier in the day around 25 sailors went out for the practice race. With winds varying from 5 to over 20 knots, it provided a slight taste of the challenges ahead with big shifts and pressure changes across the course. By the second top mark, the 2011 champion Arkadiy Kistanov was in front of the seven boats remaining in the race and led the fleet back to shore ready for the 10.00 scheduled start on Tuesday. 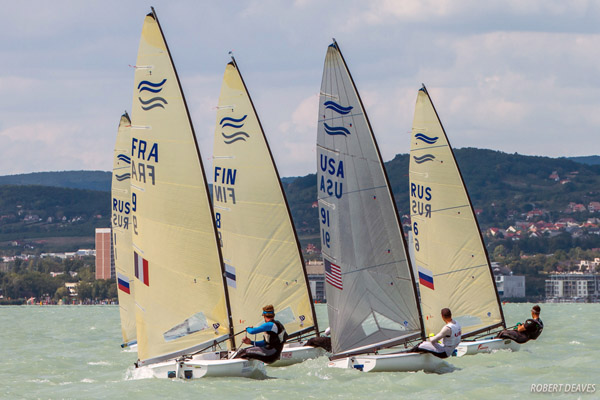