Wind is Finn on the ground for Palma opener

The wind was very thin on the ground for the opening two races for the Finn class at the 49 Trofeo S.A.R. Princesa Sofía Iberostar in Palma on Monday. But despite the tricky and challenging conditions, the 72 boat fleet got two races on the board. Alejandro Muscat, from Spain, is the early leader from Britain’s Giles Scott and Facundo Olezza from Argentina.

The race wins went to Switzerland’s Nils Theuninck and Olezza. 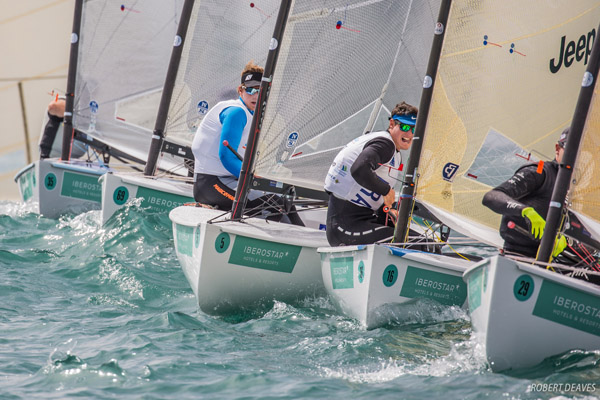 Race 1 had the better breeze, though the fleet waited afloat for nearly an hour before getting away. The new U23 European Champion, Nils Theuninck took the win from Muscat and USA’s Luke Muller.

Muscat and Muller were also looking good in Race 2, leading at the top mark from Scott. However the wind all but disappeared downwind and a massive shift to the right up the second beat reshuffled everything. Olezza emerged to take the win from Antoine Devineau, from France, with Scott holding on to third.

Muscat dropped to fifth, but holds the overnight lead while Muller paid the price of being on the wrong side of the shift to drop to 14 and ends the day in sixth overall. 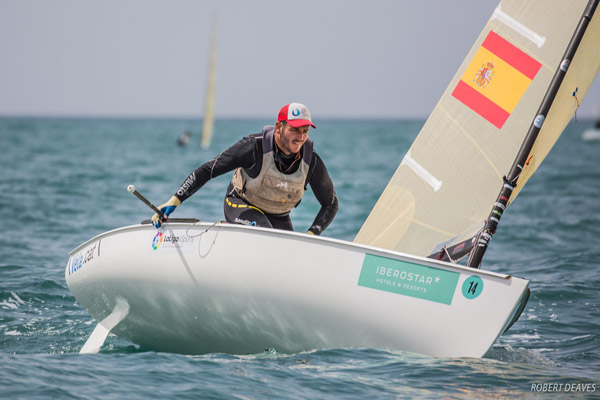 “It was all going on today and it was pretty light. We had the land breeze fighting the gradient and then in the afternoon fighting with the sea breeze as well. It was really shifty and really light and some guys came from the pin and took a line from the left and crossed everyone by miles and it was almost all over.”

“It’s hard because you know the forecast and you are looking in real time and you see something on the left, and then something from nowhere is coming from the right. That’s how it goes sometimes, but it’s very nice to be in Palma.”

Ahmad Ahmadi, Iran’s only Olympic sailing campaigner, was really happy with his day and the general progress he is making as he prepares for the first Tokyo 2020 qualification opportunity in Aarhus later this year.

“The important thing is that I am improving a lot, especially during this year. Every race is one jump for me and I made two good races today. I am enjoying every race in the Finn and thanks to the Finn Class and all the people that helped me to be here for supporting my Olympic campaign.”

Ahmadi started a crowd funding campaign on GoFundMe, which covered most of his travel costs to attend the recent Europeans in Cádiz. He has been loaned a boat to use and other sailors have donated sails to him as he tries to realize his dream of being Iran’s first Olympic sailor. 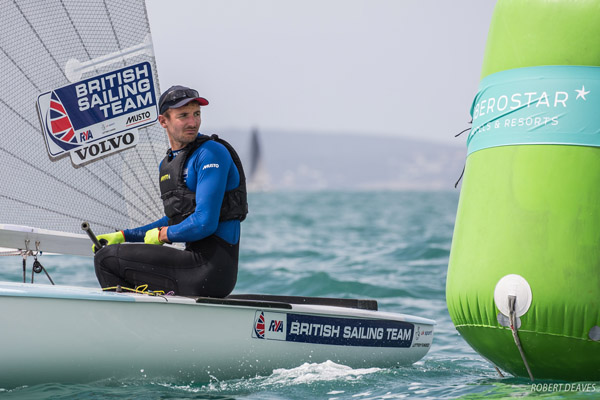 Scott summarised his day, “I suppose it was all right, but I’m glad we managed to get in two races to get back in time for a late lunch. It was flicking right and then coming half way back so it was a bit unstable. Tricky racing.”

In the second race, “There was a lot of pin end bias, and the fleet was quite back from the line, so it was quite hard to get away on starboard. The boats that managed to get out from the pin on port early managed to do really well and those that couldn’t really struggled.”

At one point it got so light that, “I was a little bit worried that it would completely shut down and we’d have to try again. It was all right for what it was. When it’s light like that and you are racing in 72-boat fleet you have got to expect that. Obviously I am completely biased as I ended up third. And I think with Palma, racing in that light stuff is always part of the racing. I don’t think I have been to Palma once when we haven’t had racing like that.”

The current Olympic champion is preparing for the upcoming Hempel Sailing World Championships in Aarhus, but had to skip the recent European Championships because of his commitments with Land Rover BAR.

“The conditions there looked great and it looked like a great regatta. But it was never in my programme to go. I am having to be a little bit selective of the regattas I do just because of my other commitments. After Palma I hope to do Hyeres and Marseille and then Aarhus, and probably out to Japan after that.”

On the training in Japan so far. “I haven’t been out since last year when we did one trip in October, which was good, but the tricky thing with Japan is that it’s quite a seasonal venue, so to get Games conditions is quite tricky with the European circuit going on and that’s taking a little bit of management. We don’t just want to go and learn to sail in a completely different venue. We’ll make sure we go out each year, but it will be more normal than the training for Rio.”

Racing in Palma continues at 13.00 on Tuesday 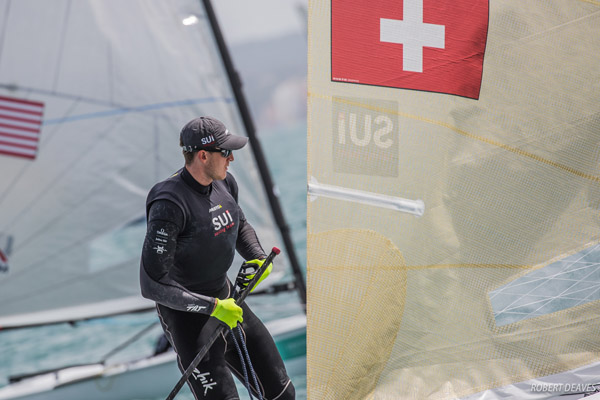