Olympic champion Giles Scott has done enough to win the Finn Class at the 49 Trofeo S.A.R. Princesa Sofía Iberostar with a day to spare after another tricky day on the Bay of Palma left him with a 29-point lead, with just the medal race to sail. The Netherland’s Nicholas Heiner is guaranteed a medal, but will fight for silver with New Zealand’s Andy Maloney, who has an almost safe points lead to take a medal. 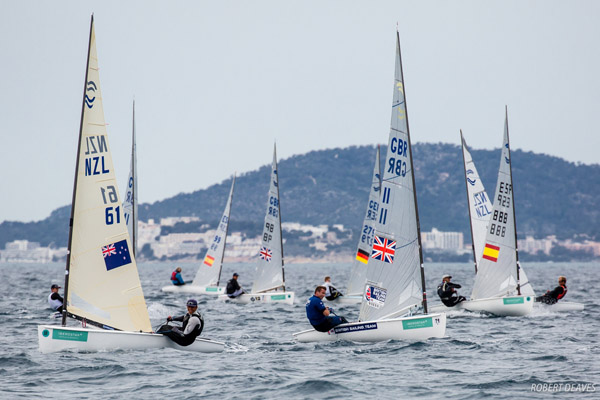 Race wins on Friday went to Maloney and Norway’s Anders Pedersen. While Scott just has to show up to win gold, and Heiner is guaranteed silver or bronze, only Switzerland’s Nils Theuninck and France's Jonathan Lobert can take the medal from Maloney, and only by winning the medal race with Maloney in last place. The gap is 18 points.

Video highlights from Day 5 in Palma

Friday started with light winds again and an onshore postponement. Scott already had a 37-point lead and just needed one more race to clinch the week. He kept everyone’s hope alive with a scrappy 17th in the first race of the day after an uncharacteristic mistake on the beat, doing turns at the top and being passed by a group on the downwind.

At the front Heiner was the early leader from Maloney, but on the second upwind, Maloney moved ahead to take the win. Germany’s Max Kohlhoff rounded the top in third and sailed well to hold off the fleet to take third.

The breeze increased for the second race with rain clouds coming through and a big 20-knot shift on the left side. A win for Pedersen kept him in ninth overall, while new European champion Ed Wright, finally had a good day to cross second and put down the best equal score of the day with Heiner. Scott crossed in third to secure the title with a day to spare.

After being in the top 10 for most of the week, Italy’s Alessio Spadoni had to settle for 11th overall, just a few points adrift.

“In the end I am a bit dissatisfied because of not making the medal race. I was happy during the week, as I have made good improvements. I was doing well on the breezy day in the big waves, but today in the chop, I had some more problems. So something to work on.”

He has been in the Finn for a year, before that sailing the Laser. “I was always struggling to keep my weight down in the Laser. I worked a lot to build myself up for the Finn. I was good this week, but just missed out.”

“In the Laser I could make top 20 in races like Palma. But I am doing better in the Finn, and I prefer sailing the Finn. The mood in the boat park is very relaxed, and I really enjoy it.” 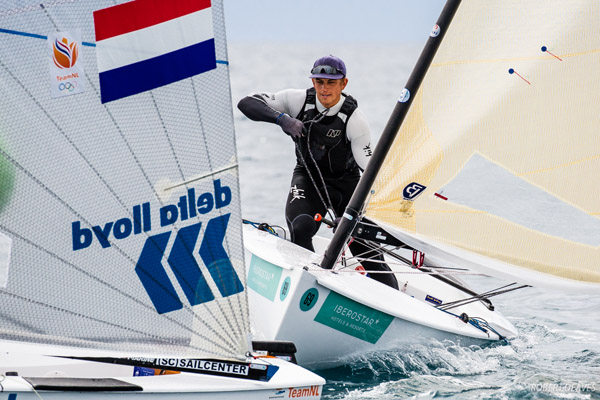 Maloney, “I sailed pretty well today. Had good starts at the favoured end and managed to get on the lifted tack pretty quickly off the line and sailed the shifts from there. I definitely righted some wrongs from the first day of the regatta when it was similar conditions and I wasn’t really sailing the phases so well upwind. So really happy with today.”

On the medal race fight with Heiner, “I am sure Heiner and I will have a good battle tomorrow, and I will keep an eye on the Swiss guy as well to make sure he isn’t winning the race.”

They have been in many similar battles before. “It feels a little bit like Laser days. We’ve had some good battles in the past so should be a good day tomorrow.”

He is seven points behind Heiner. On the possibility of a match race against Heiner, he joked, “I don’t know. I’ve won the America’s Cup but I’m not sure if that was exactly match racing.”

He felt had had improved during the week. “I am sailing a lot better this week especially after the first day when I made a few mistakes but learning each day and improving as the week went on, and my tactics were definitely a lot better by the end of the week than at the start.” 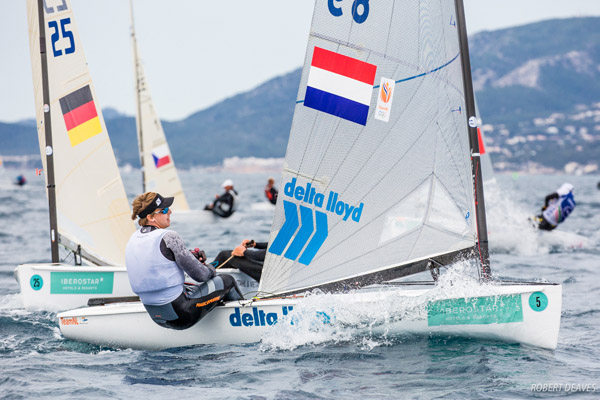 Heiner explained his day, “The story of the day was to head left. I got two really good starts. In the first race I played the left and found some pressure and took it across. One little mistake and I let Andy pass me on the second beat. I was a bit wrong in my set up and wasn’t as fast on the second beat.”

“In the second race I started well and crossed the fleet and big left with pressure. I was waiting for the right to come in with pressure under the rain cloud, but that didn’t happen and it went harder and harder left and the guys I rolled that went left did really well out of it. But I sailed really nicely forward with Giles on the downwind, and after that made two really nice counters.”

“So tomorrow, the medal race against Andy for the silver should be good fun, like in the Laser days. There’s nobody better to battle it out against at the moment."

After a bad start to the week, “It was a tough start to the week and I just wasn’t sharp, and maybe still a bit tired in body and mind after the Europeans. I just need to sort out the first day, which has been a bit unfortunate. I will try to be a bit more consistent and have a crack at Giles, who is still really far ahead.” 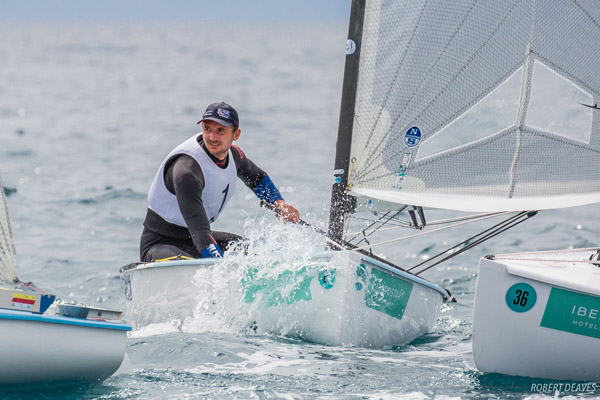 Scott was understandably happy to win so convincingly again.

“It is good to win here having missed the Europeans. This is the first racing since Miami and so it is good to check in and continue working towards Aarhus. This has been a tricky week to manage because there are a lot of guys have shown how tricky it is (with high scores), but I think I just concentrated on putting myself in positions where I could manage it with a bit less risk.”

"It is tricky to know here when to take some leverage and try to make the big gains and when to try to be conservative. I have been able to play that game quite well this week. That is probably why I have not really had any really proper shiners of races but have been nicely consistent around that 5 mark which in these fleets of 70 odd boats is good.”

The medal race is scheduled for 11.20 on Saturday. It will be a line-up of youth and experience with two European titles, five world titles, one America’s Cup winner and two Olympic champions. One medal is taken, two are still up for grabs.