More than 80 Finn sailors and coaches at the European Championship in Athens have sent an open letter to World Sailing expressing their concern at being discriminated against because of the lack of equipment for sailors over 85 kg at the 2024 Olympic Games.

The undersigned
Email: This email address is being protected from spambots. You need JavaScript enabled to view it.

To whom it may concern,

We are writing to express our deep concern regarding the removal of the Finn class from the 2024 Olympic Games by World Sailing and to request the reinstatement of a class suited to male athletes over 85 kilograms.

While we understand that the main reason behind this decision was to give preference to mixed event categories, removing the Finn class eliminates a massive Olympic sailing group which includes every single male athlete over 85 kilograms. Historically, athletes of this category have significantly contributed to the sport and this category’s popularity continues today. At the recent Aarhus Sailing World Championships in Denmark, 42 nations gathered and participated with athletes in the Finn class, making the Finn the third largest class at the competition.

Not only is the Finn class’s popularity undeniable and the removal of this class a detriment to the Olympic Games, but it also discriminates against many sailors. Despite the initial working party and the World Sailing Events Committee Chairman’s expressed respect for World Sailing’s Regulation 23 and the ‘all physique’s’ policy 70/17, the category of men over 85 kilograms has been discriminated against and effectively barred from competition due to the equipment specifications. For further evidence of this detrimental phenomenon, please see page 17 of the attached document, which illustrates that all male sailors fall into the 70-85 kilogram bracket.

The removal of the Finn class from the Olympic Games breaches World Sailing rules and policies and disregards the principles of the Olympic Charter with respect to non-discrimination of physiques, and limits access to many sailors. Therefore, we urge you to reinstate a class, like the Finn, suited to male athletes over 85 kilograms in order to guarantee the fair access to all sailors and in order to avoid the implementation of discriminatory decision from World Sailing.

In the hope that a correction will be provided without the need for further action, we remain at your disposal for a constructive dialogue on this matter at the address shown in the header of this letter. 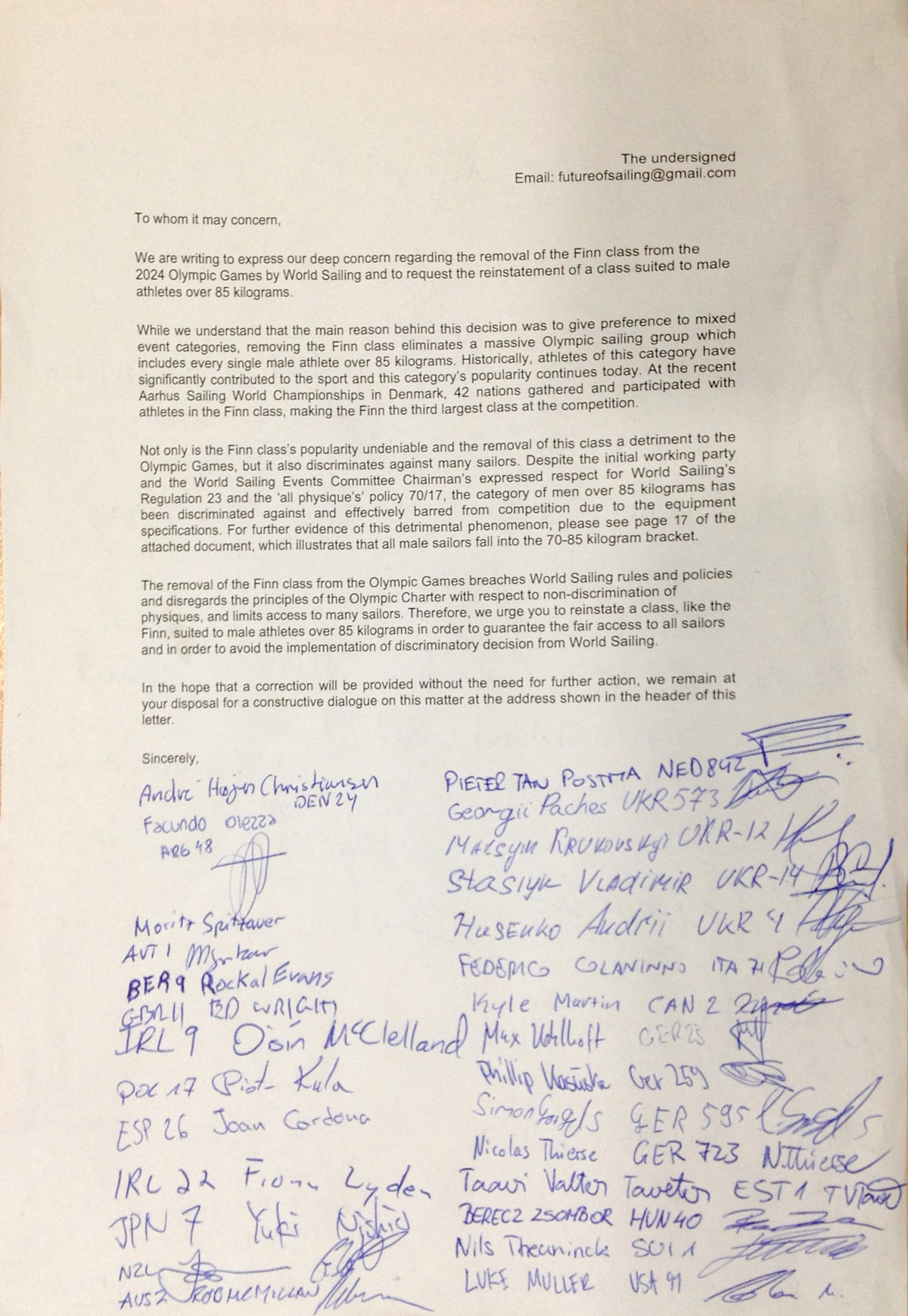 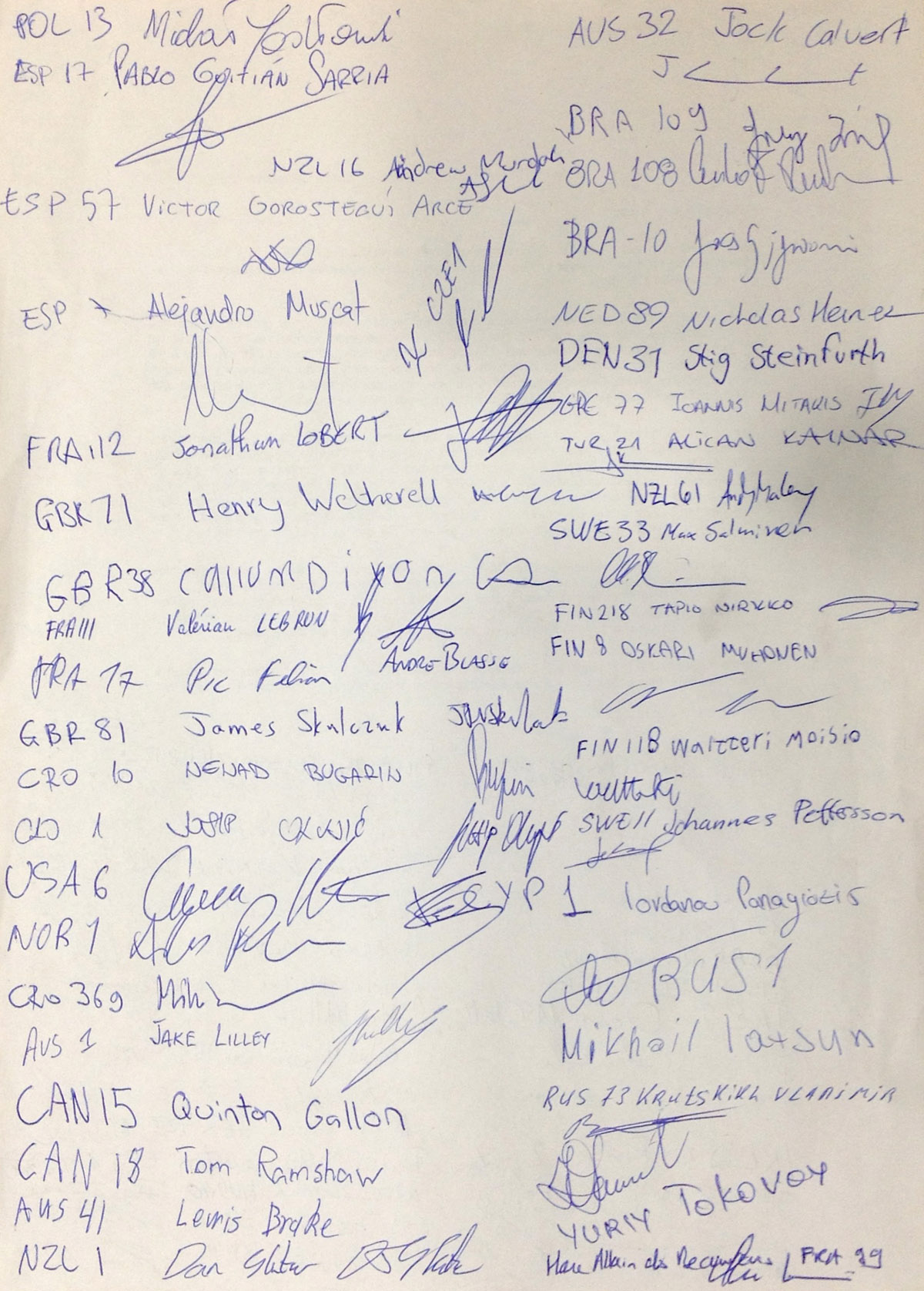