The Return of the Finn?

For the 2019 World Sailing annual conference in Bermuda the Finn Class has made eight submissions to try to ‘rebalance the slate’ and reinstate the Finn as Olympic equipment for 2024 and beyond.

Will we still see Finns racing in Marseille in 2024?

In July the class announced its ’rebalancing’ strategy, which met with a lot of support from around the world. One thing the class is confident about is that a significant number of MNAs and sailors worldwide would like to see the Finn reintroduced to the Olympic programme.

To be clear from the outset, it is not the intention of the class to attack any other event or class – these submissions just give Council various options to make some small changes to bring back the Finn, while keeping innovation and gender equity, but in doing so to rebalance the existing slate so it is more representative of sailing and sail sports globally. 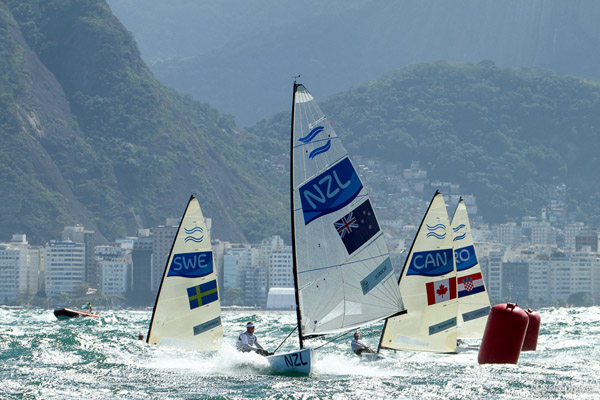 To change any event, firstly that line in the current Events slate for 2024 needs 75% of a World Sailing Council vote to be re-opened. Once that line is open and the event changed a separate submission is then needed to propose a class for that event, but that only needs a simple majority vote. Each submission can be taken in isolation but all together they could result in the reinstatement of the Finn while retaining absolute gender equity across all ten events.

By providing these submissions now, there is a small chance that a 75% majority vote can be achieved. Feedback from some of the MNAs that have reviewed these new submissions is broadly positive, and the Class is hopeful that many other MNAs and Council Members will support these proposals.

It would be easy to dismiss them out of hand and maintain the status quo, however the arguments behind their purpose will not go away. So everyone is encouraged to read, digest, ask questions and see whether there is common ground on which enough can agree to achieve a 75% vote in favour.

The key points of the proposals are:

1. One of the main problems with the current proposed slate is that there are three standing up Board classes, which is arguably one too many. If Boards occupy 30% of the events, it is not representative of sailing as a sport globally. Additionally as the Board events all head towards foiling classes they start to look very similar. The submissions offer lots of choices and opportunities for both men and women to stand up on foiling boards and compete at the Olympics but within an allocation of two events and not three.

2. Submissions 01 and 02 propose replacing the Mixed Kite with the Finn, but that does not represent an attack on the Kite event as submissions 03, 04, 05 and 06 then propose reintroducing it.

3. The Submissions make no mention of the Mixed Keelboat. The event has support within the World Sailing Council and the submissions do not bring us into conflict with that.

4. That brings us on to Submissions 07 and 08. Depending on what happens with 01 to 06, Council has the opportunity to change the Mixed Two Person Dinghy event to a Women’s event to correct any gender imbalance created by previous submissions. Council is being given a choice with suggestions of either a Women’s Two Person Dinghy or a Lightweight Women’s One Person Dinghy. 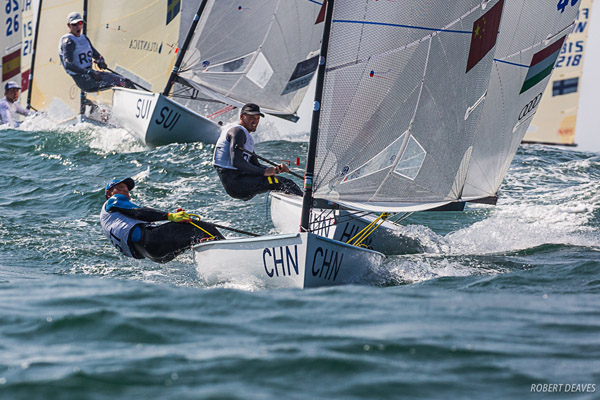 The result of these submissions is that there is no need for the Finn Class to lobby either for or against any other event or class. We have simply created a framework of submissions that give the Finn Class supporters within the World Sailing Council the opportunity to rebalance the slate and reinstate the Heavyweight Men’s event while retaining gender equity.

The Finn Class will only be promoting one angle – remaining positive about its amazing sailors and its amazing class at every opportunity, to reinstate a dinghy option for men weighing over 85 kg and to bring back the Finn to the Olympic Games.

These are the eight submissions in the order they will be heard. 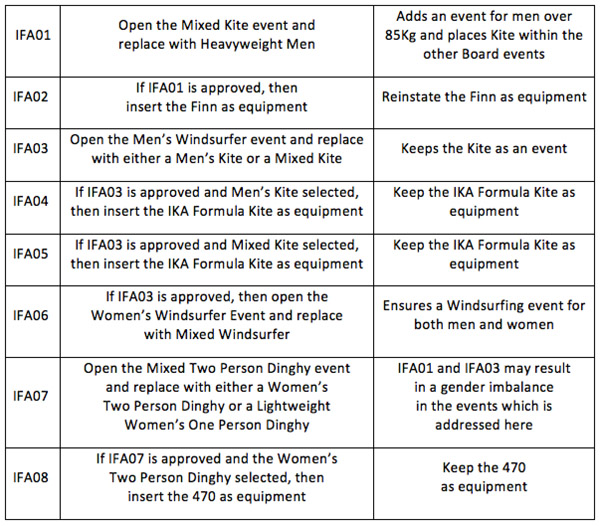 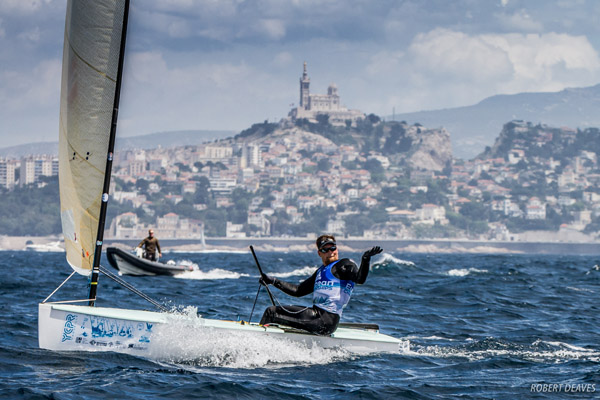 Many people are confused why the Finn has been removed for 2024.
Is it time to put it back?