British Finn sailors have long dominated the front end of the sport, but for the last four years there has also been an U23 programme run solely by the British class association to prepare young sailors for the big step to the British Sailing Team. It was a huge success, but the decision by World Sailing to drop the Finn from the 2024 Olympics has meant this promising team has been dismantled, with all the young sailors stopping Finn sailing, or even stopping sailing altogether. 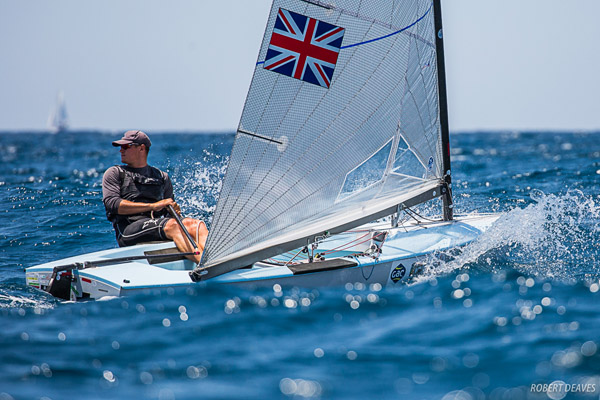 Before 2015 there were very few U23 sailors in British Finn sailing. At the 2015 British Finn Association AGM a decision was made to increase youth participation in the Finn class by setting up and supporting an U23 programme with the objective of it becoming a possible pathway for heavyweight young sailors to get into the National Team

An initial U23 squad was formed in 2016 with three sailors, including Cameron Tweedle and Callum Dixon. Later on the number increased to six, all with an age range from 16 to 18, and a weight range from 92 to 110 kg. The BFA recruited former British Sailing Team member James Hadden as squad coach and was fortunate to secure sponsorship support from GAC Pindar.

Over the next three years the squad competed in several international events, and trained under Haddon out of the British sailing base in Weymouth. Often a team of six sailors would travel to the U23 World Championships with Hadden as coach, supported by just the British Finn Association, sponsors and parents. It was a completely home grown effort because these sailors had the commitment and passion to follow the Olympic dream.

Momentum of squad was growing with other Laser sailors asking about Finn sailing opportunities. The optimum squad size was six sailors so consideration was given to formation of a B squad. At the 2018 British National Championships, six of the top 10 were U23 sailors.

However, the 2018 World Sailing decision to drop the Finn from the Olympics has reversed the successful growth of youth Finn sailing. The squad was made up from competitive young athletes with Olympic aspirations, or at least training and competing to see how close they could get to National Team/Olympic selection. The whole squad, being fairly young, were focussed on 2024 and beyond.

They have now all stopped Finn sailing to concentrate on other activities. Many of these sailors will be lost to sailing as not only is there no Finn event, there is no alternative Olympic sailing event for athletes of their weight.

Cameron Tweedle tried to find another route to achieve his ambition, losing 20kg and going back to the Laser. He said it was a big mistake. “There was a four or five month period over the winter where I lost all the weight, and it was really difficult. My whole day revolved around eating absolutely no food and going to the gym as much as possible. It really had a massive negative affect on me personally, my relationships with my friends and family and at the end of the day it wasn’t healthy.”

He said it was an unnatural situation. “Through the season I started bouncing back to my normal natural weight and it came back much easier than it came off because it’s the size I am meant to be and I shouldn’t be forcing myself into a situation which my body doesn’t want to be in. It’s not healthy and it’s not sustainable.” 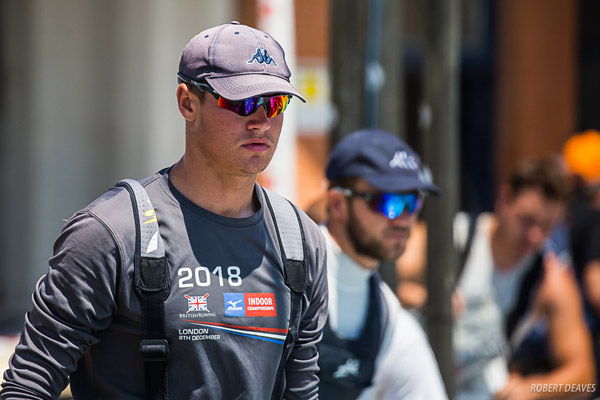 In contrast, Callum Dixon is a good example of a great sailor lost to the sport. Dixon was more than 1.90 metres tall before he was 19 years old, and at around 100 kg had already outgrown the Laser.

With obvious athletic ability and an innate gift for sailing developed in London’s docklands, he naturally came to the Finn as the ideal boat for his stature and physicality. After four years of training in the BFA GAC Pindar U23 squad and competing in many international events, he had progressed to competing on the World Cup circuit and was focused on a long term Olympic campaign.

His athletic performance and fitness from training in the Finn had reached a very high level, evidenced by his silver medal the British Rowing Indoor Rowing (BRIC) U23 category in a U19 record time, which he entered just as a test of his sailing fitness.

Dixon is being featured in the forthcoming issue of the British Rowing magazine, which highlights how pleased they are to receive sailing’s cast offs.

In the interview Dixon explained he tried many sports before settling on sailing, “Tennis, climbing, swimming...” But sailing … “…was the most fun I’d ever had.”

He only attended the BRIC as a last minute entry because of the weather.

“There was supposed to be a sailing training camp at the same time so I wasn’t going to go to BRIC.” But the camp was cancelled because of too much wind and just two days beforehand he decided to take part in the BRIC.

“I’d never really done a proper 2km before, so didn’t really know what time I was going for – we’d just worked out the splits for six minutes and went for that.

His time of 6.01 was good enough for second place.

After the World Sailing decision to drop the Finn from the Olympic slate, Dixon had no future sailing in any Olympic class and after finishing second in the British Nationals this year to another U23 sailor, has had to give up the Finn. Dixon still has burning Olympic ambitions, and as a result of his BRIC result he was immediately picked up by British Rowing and fast tracked into a boat. Rowing is a sport where height and weight is seen as a huge benefit and those athletes above 1.90 metres tall are actively sought out and encouraged into the sport - unlike sailing, which now appears to discriminate against these athletes.

If the Finn is not restored to the Olympic slate, sailing will continue to haemorrhage young athletes of strong physicality who wish to challenge themselves at the Olympics to other sports that welcome them. Does sailing wish to be known as the sport that forces natural athletes into other sports? 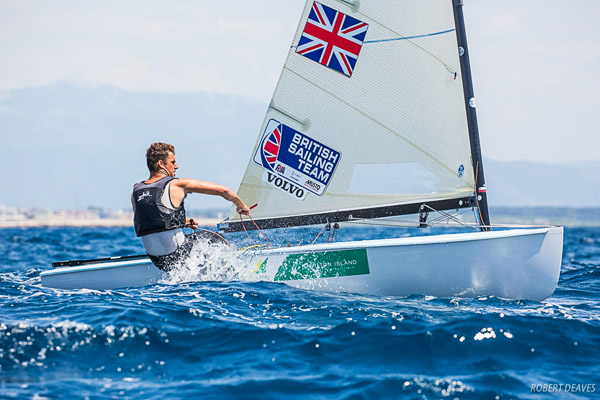